Performing when the pressure is on 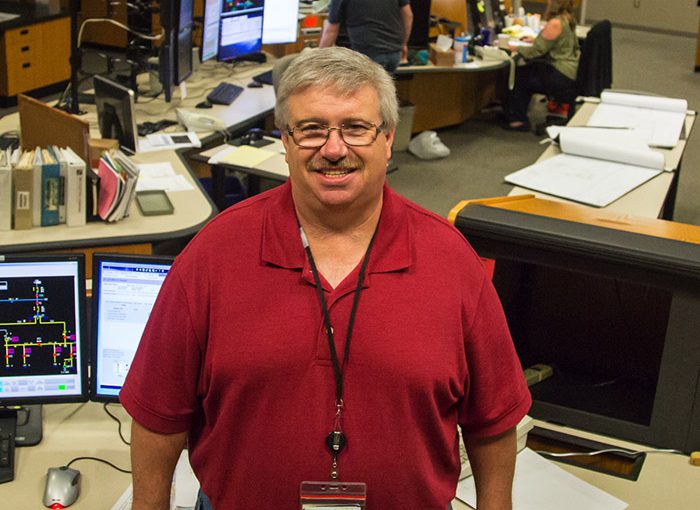 Todd Gosnell is always on call and ready to roll.

If it isn’t at his job at OPPD, where Gosnell works as manager of Transmission Operations, it’s in his other “job” – a volunteer for the American Red Cross, an organization he holds near and dear.

Originally from South Carolina, Gosnell came to OPPD after working for a smaller utility in Minnesota. He recently switched roles, now managing OPPD’s transmission operators, who monitor and operate the bulk electric system.

It’s a job, Gosnell said, that is largely reactionary. His days are often dictated by what comes up in regards to the systems with which the operators monitor and outages – both planned and unplanned, for which they coordinate the restoration.

A recent rewarding project for Gosnell was work on the implementation of OPPD’s new Outage Management System.

He likes the variety of working in the “nerve center” of OPPD.

“No two days are the same,” he said. “The system is always changing.”

And he and his co-workers are diligent in keeping the lights on.

“We don’t like it when the power is out,” Gosnell said, on one of the last days of the summer. “Outages cause additional work and expense.”

Gosnell and his work group are always monitoring and controlling the grid. When outages occur, they direct the troubleshooters or crews to the area of the outage to determine the exact location and cause, and then direct the restoration steps crews must take to get the lights back on. The group is responsible for directing the switching of electric load whenever repairs are done.

Outside of work, Gosnell works on computers and is a big reader. A copy of a novel by Washington D.C.-crime writer George Pelecanos sits on his desk. 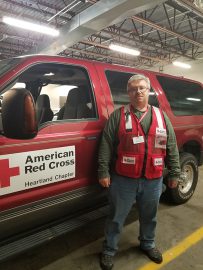 He also spends time with his wife and goes to watch his adult son’s band. His volunteer work at the Red Cross, though, keeps him pretty busy.

Gosnell is on the relief organization’s disaster action team. Due to his work with OPPD, Gosnell can’t deploy when national disasters strike, so he volunteers at local emergency responses, most often house fires.

When on call, he drives the organization’s emergency response vehicles to the scene, and hands out drinks and snacks to the victims and the first responders. He also helps set up shelter, if needed, and dispenses immediate short-term financial assistance on the spot to victims who need it, via pre-loaded debit cards.

Gosnell said the Red Cross is unique in that it is mandated by Congress, but it is funded through donations. Like OPPD, Gosnell is proud to be involved with the Red Cross. It’s something he wanted to do ever since he was a young man in the U.S. Navy and his father passed away. It was members of the Red Cross who met with him when his ship docked in the Charleston Naval Shipyard in South Carolina and helped him get home to his family.

“That made a great impression on me,” he said. “I knew I wanted to do that for someone in need, give back. They are a great organization, and they really help out the military personnel experiencing family emergencies and anyone experiencing a disaster, locally or nationally.”