Fanslau’s finger is on the community pulse 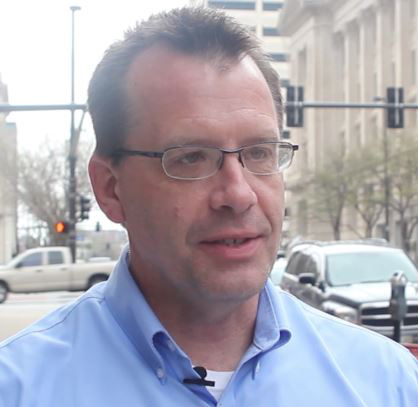 It’s not bad, as far as titles at an electric utility go. But it doesn’t take into account all the different hats Fanslau wears and the responsibilities the 32-year-veteran of OPPD shoulders on a daily basis.

Fanslau is probably best known as the utility’s operational and planning liaison with local government. If a big snowstorm is predicted and the mayor calls a press conference, chances are you’ll see Fanslau talking about preparations OPPD is making.

But behind the scenes, Fanslau is managing a staff of more than 30 employees who serve customer needs for everything from residential/commercial line extensions and design requests, to new construction and permit coordination. Fanslau’s department also works on streetlight design requests and billing management, along with all local and national communications company attachment requests and invoice management.

Fanslau is the single point of contact for governmental information infrastructure requests, serving all levels of local government and all local and national law enforcement agencies. He also has direct coordination responsibilities with entertainment agencies such as the Metropolitan Entertainment & Convention Authority (MECA). That work includes balancing event needs of the College World Series, which brings more than 350,000 baseball fans to Omaha and an estimated $70 million in economic impact.

When asked to describe his job, Fanslau responded “impromptu.”

“A typical day can begin as early as 5 a.m. and end around 11 p.m.,” he said. “The electric service designers receive requests from many customers each day. The lead utility coordination team works continually with governmental customers. The clerks also coordinate daily permits and with internal customers (OPPD employees) at all levels. This work also involves, on an hourly basis at times, much collaboration between business units to provide and gather information to serve our customers’ requests.”

A look at what a typical day, or typical night, looks like: Recently, a customer was upset about a service reconnect. Fanslau worked with OPPD’s Call Center, Transmission & Distribution personnel, and an electrical contractor to resolve the issue. By 10 p.m., they had one very happy customer, Fanslau said.

Fanslau grew up in the Omaha area and was working for Kansas City-based Black & Veatch when his parents heard OPPD was hiring. Eager to have all four of their children back in the Omaha area, they urged him to apply.

“So I applied and interviewed with one of the nicest men that I have ever met named Pat Brennan – which today’s company softball tournament is named after – and an equally nice lady named Rhonda Weyant,” he said. “After interviewing with them and listening to them talk so passionately about the OPPD family and the organization, the decision was easy. I moved back to Omaha and began my career in the distribution engineering department at OPPD.” 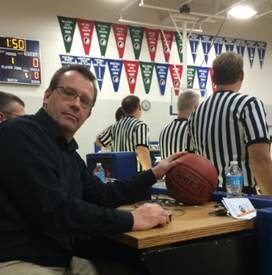 Fanslau said he enjoys helping customers look at things differently. Doing so, he said, takes a tremendous amount of cross collaboration and partnerships. If customers have questions about OPPD’s presence on a job site, the impacts of work done, or reasons behind decisions, they can always ask him.

“I would and do tell them that through the efforts of many talented individuals at OPPD, we always have the customer owners best interest in mind when we are relocating equipment or building new facilities in their neighborhoods, cities and towns,” he said. “My entire team has a direct impact not only on the customer’s side of things, but also the great responsibility to bring the customer requests back into the organization, so the cross collaboration process can begin from within.”

Outside of work, Fanslau is no stranger to the political process.

He is a past two-term mayor of Underwood, Iowa, where he and his family have lived for 24 years. He and his wife, Christine, have five adult children. Fanslau  stays busy serving on numerous boards and school facility improvement committees.

Fanslau served as a youth sports director in his area for many years. He still announces many of the local high school athletic events.