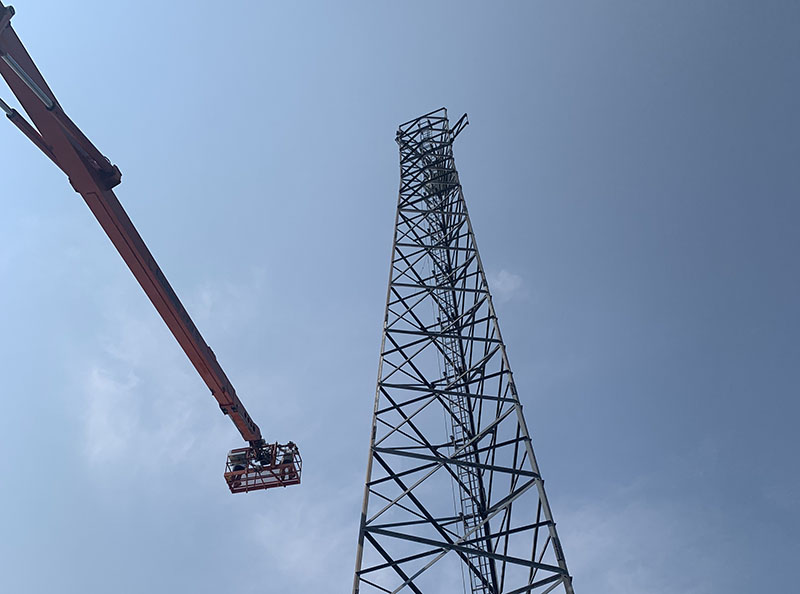 Earlier this month, Tim Bowling’s overhead maintenance line class assisted OPPD crews in removing a nearly 150 foot radio tower at the college’s Irvington campus. The tower was left over from when OPPD owned the site and used it as a service center.

It was fun to see seven or eight of his former students who now work for OPPD back on campus, Bowling said.

The crews used OPPD’s condor truck to help remove the tower. The condor is OPPD’s highest-reaching bucket truck. It can extend up to 170 feet. 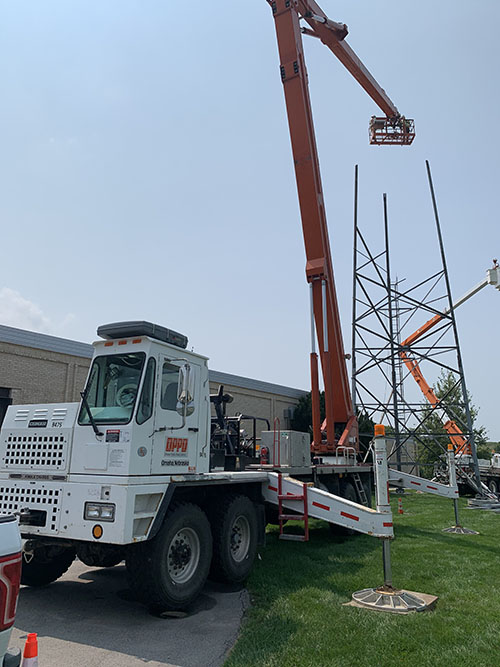 “For a lot of these students, they’ll probably never see equipment that big again,” said Bowling. “It was fun seeing my old students and how they interacted with the current students. It was like a Metro reunion out here.”

Bowling said several of the students even got to go up in the condor as part of the work. Students also got some practice with lattice work, something they can’t do at the campus because of size constraints.

Jim Gragert, a distribution system operator at OPPD was also involved in getting the project off the ground, O’Neal said. Gragert is also a part-time instructor at Metro.

O’Neal said OPPD ran the crane and equipment and students helped with the disassembly. That meant each of the students also got to climb the radio tower.

“When it got time to see who would get to the harness first to climb the tower, it was fight,” Bowling said. “The guy who got there first is actually interning at OPPD now, so that was good.”