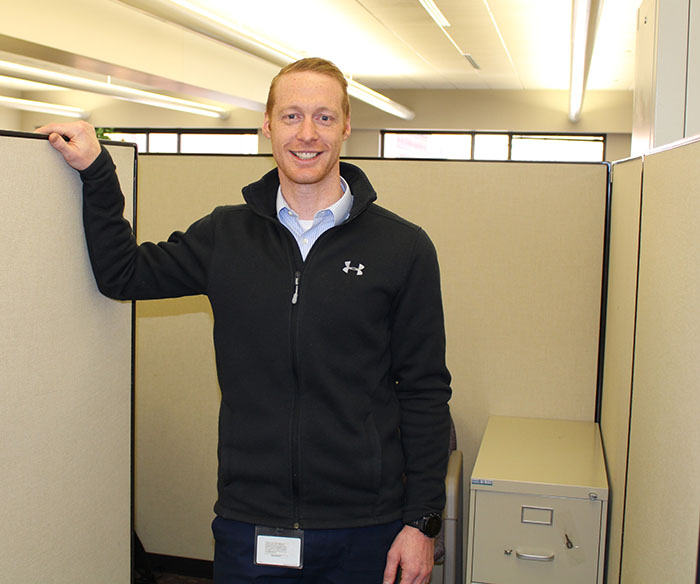 Ryan Long’s second-place, 5:08 finish in the Trek Up the Tower on Feb. 15 was just one second behind the first-place finisher. It was 53 seconds behind perennial Trek winner Ivan Marsh’s record time of 4:15 in 2013.

That’s a lot of numbers, which is appropriate when talking about Long, who is lead auditor in Corporate Auditing at OPPD.

While those numbers are impressive, another OPPD employee did the climb just seven months after a full knee replacement.

Having just marked his third year at OPPD, Long previously worked at First National, where he could conveniently train for the Trek.

While he was training in 2015, his wife went into labor with their second child. Long trekked home in time to take her to the hospital, and all went fine. After taking three years off from the Trek, Long decided to join his wife this year in making the climb.

His climbing technique includes pacing himself to avoid tiring early, taking two steps at a time and pulling forward on the railings to use his upper body. Ivan Marsh, the Trek record-holder who did not take part this year, was known to use the handrails, too.

In addition to stair-climb events, Long has also competed in the Omaha Corporate Cup and several triathlons. During one triathlon in Shawnee Mission, Kan., he took second place, just two seconds behind the winner.

Michelle Homme, supervisor of the Legacy Program in Human Capital at OPPD, put a new knee to the test at Trek up the tower. She said her goals for any athletic event are very practical: “Finish, don’t be last and don’t need medical attention.”

Homme achieved those goals and finished with a time of 15:34, which was better than 216 of the 775 women who participated. Overall, 1,640 people did the Trek this year.

Homme received lots of medical attention after her knee surgery. She said the weeks of post-op physical therapy were much harder than the Trek. “I told my doctor I’d rather go through labor again than PT,” she added.

Homme started running in 2010, but stopped in 2015 due to arthritis and bone-on-bone pain in her right knee, for which she received cortisone shots. Her knee would swell so much that her husband nicknamed it, “the elephant knee.”

This year, she came away from the Trek with a great sense of accomplishment, and encourages others to take part in the climb and other wellness events.

“It can be intimidating to face these kinds of challenges,” Homme said. “But you just have to believe you can do something, and overcome it in your mind.”

Team OPPD placed ninth out of 14 teams in the large business category of Trek up the Tower 2020. 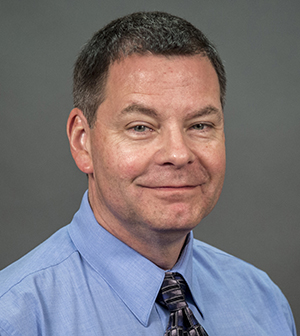