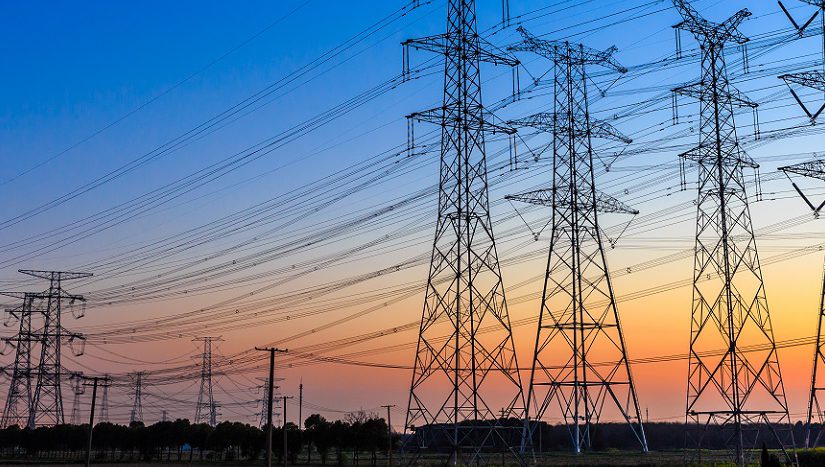 Wind is everywhere, especially in Nebraska, it seems. And utilities are accessing it more and more for electricity generation.

But the process of locating a new wind energy facility – or wind farm –involves years of testing, measurements and building relationships. It is not as easy as picking a spot one day and erecting a wind turbine the next.

There’s also a bit of science and weather thrown into the mix.

The nature of wind and wind patterns is complex.

Temperature and resulting pressure differences around the planet are why winds exist. The Earth’s atmosphere is always trying to get back in balance, said Cathy Zapotocny of the National Weather Service in Valley. Wind currents develop because of differences in heat across the globe.

She said other factors affect wind direction, speed and consistency, including:

Weather is four dimensional in space and time, Zapotocny said. It is always changing. Winds that may measure 60 to 80 miles-per-hour a few thousand feet above the ground may translate into milder winds on the surface.

Some areas are more attractive to wind developers than others – and for different reasons. The companies perform extensive testing to ensure the wind is at the right speed to produce efficient energy – and that it is consistent.

A typical timeline for a wind farm, from concept to operation, is at least three years, said Phil Clement, project developer for NextEra Energy Resources. At least one to two years of that time goes toward wind data collection and analysis. For two years before that, companies work with game and parks organizations to identify areas that are best suited for wind farms. 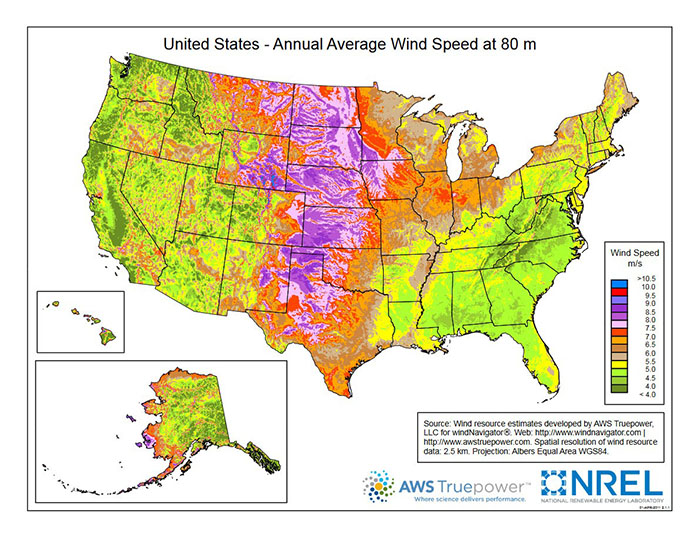 During the analysis stage, a meteorological tower stands for at least a year to measure wind altitudes and get a long-term look at wind speeds. NextEra Energy Resources has an entire division devoted to siting renewable facilities.

Beyond wind speed itself, the consistency of the wind is most important, Clement said, because that creates the energy over time.

“The great thing about Nebraska is that its wind is better than almost anywhere in the country, so there are opportunities throughout the state to explore wind energy and the benefits it brings to communities.”

A big factor in Nebraska’s attractiveness is the state’s flat topography. Several states in the middle of the United States rank high for wind energy potential. Nebraska ranks in the top three. 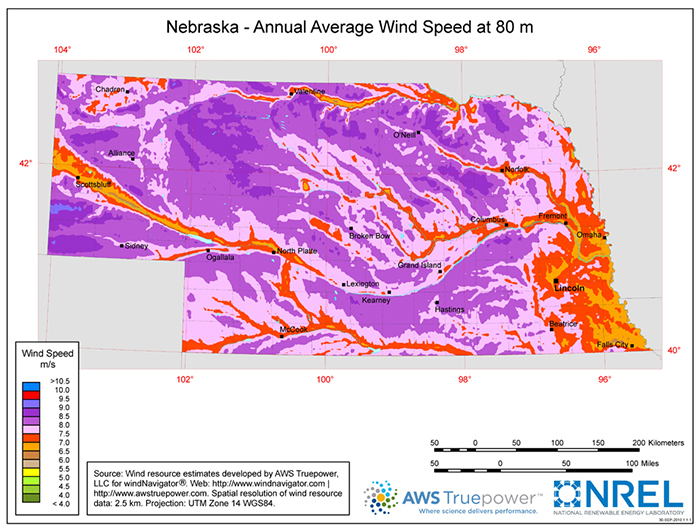 Zapotocny said friction on the surface is important when it comes to wind.

“If you have a lot of trees in an area, that creates low-level friction and slows down the wind with more impediments. Forested areas are more extensive across the western High Plains.”

Turbines at wind farms are affected by the friction level, she said.

Once wind farm developers finish gathering data, they marry it with meteorological information to make a decision about suitability. If an area has strong and steady wind, ready access to transmission lines and willing landowners, developers only need to find a customer for the electricity, Clement said.

OPPD does not build its own wind energy facilities. Instead, they contract with developers such as NextEra Energy Resources on projects and enter into purchase agreements for the energy produced. OPPD and other public power utilities use PPAs for renewable projects to be eligible for federal production tax credits. They then pass these savings on to their customers. These partnerships occur after OPPD issues a request for proposal (RFP) and evaluates bids from companies competing for OPPD’s business. Wind facilities are often sited before OPPD enters into a purchase agreement.

To date, all of the wind farms contracted with OPPD are located in Nebraska. And that is not a coincidence.

“It’s a win-win,” said Courtney Kennedy, manager of OPPD’s Alternative Energy Program. “The pricing has been good. And we like the notion of keeping projects within the state and keeping the economic impact in-state as well.”

When the Sholes Wind Energy Center comes online later in 2019, OPPD will get nearly 40 percent of its electricity generation from renewables. Wind will account for more than 970 megawatts of OPPD’s generation portfolio.

Kennedy said OPPD is always evaluating its options when it comes to adding more renewables, including solar and other technologies. However, the utility must balance renewables and carbon emission goals, reliability and economics to serve its customers.

The creation of a new wind farm involves more than developers and utilities. Landowners and local officials are among the first contacted before a developer finds a utility customer.

“We like to establish a good rapport with the community,” Clement said. “Some communities are looking to invest in wind power because of the millions of dollars in tax revenue it can bring and the jobs it creates. An uptick in local business can be a good economic stimulus and that factors into our decision.”

The decisions at the local and county level are key before utilities like OPPD can purchase power from wind farms, Kennedy said.

Some parts of the state are more receptive to wind facilities than others.

Clement said NexEra does research ahead of time to avoid areas where there may be obstacles to building a wind farm.

“Doing the homework allows us to find the right place for a wind farm that makes sense from a weather perspective and for the community that may host it,” he said. “It’s beyond an ‘X’ on a map. We need to make sure we build a product that is compatible with and complementary to the community that is there.”

An increased awareness about community benefits has affected the development process in recent years, Clement said.

Technology is also improving, allowing developers to use fewer turbines that are more powerful to produce the same amount of energy.

Clement said in many ways the United States is “just scratching the surface” in relation to wind energy.

“Going forward it is going to be a combination of wind, solar and batteries,” he said.

At this point, however, utilities must find a balance in generation, Clement said. With any kind of investment, diversification is a must.

“The key is when you can synthesize the three technologies (wind, solar, batteries). As those get better renewables will take more of the load.