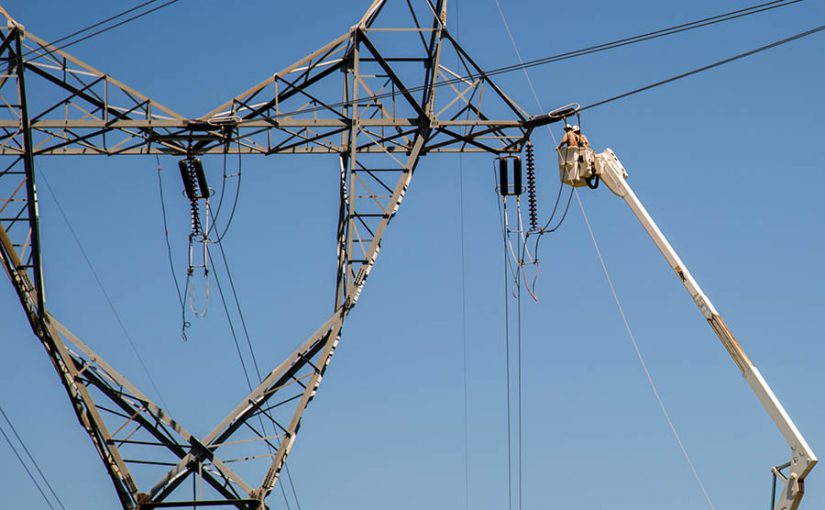 The photos tell part of the story: Homes in Bellevue missing roofs, or worse; steel transmission towers in rural areas twisted and overturned like children’s toys. Massive cottonwood trees – 12-feet in diameter – uprooted, between Offutt Air Force Base and the Missouri River.

The storm Friday, June 16, 2017, spawned two tornadoes in the Bellevue area and delivered a blow to OPPD’s transmission and distribution systems.

one of the worst

At its peak Friday night, 76,500 customers were without power, making it the fourth most destructive storm ever in terms of outages. Due to the storm severity, OPPD officials declared it a Level 2 emergency, the utility’s highest classification, causing the mobilization and coordination of resources across OPPD, including the storm team.

The storm team includes OPPD personnel from Transmission & Distribution, Forestry, Safety, Customer Service, Corporate Marketing & Communications and others. Employees assess damage, carry out restoration and rebuilding efforts and other logistics, including finding lodging and feeding crews from out of town. A wide swath that covers nearly every area of OPPD is represented in the response to storms like 2017’s.

OPPD’s crews were out in force since immediately after the storm, working long shifts, including through the night to get everyone back online. The storm’s path was wide, affecting about 20 percent of OPPD’s 369,500 customers.

Some OPPD employees who were out of town on vacation had to return to Omaha, including Ryan Mayberry, manager of the Elkhorn Center. Mayberry returned to town and took over as storm team manager midday Saturday.

Mayberry said crews steadily brought more and more customers online as circuits were restored. Less than 24 hours after the storms struck, nearly 69 percent of those who lost power had been restored.

Crews worked through the Father’s Day holiday, and by Sunday night, 86 percent of those who lost power had their lights and air conditioners back on.

“The storms that struck our area Friday were among the worst we’ve seen in our wide service territory,” said OPPD CEO Tim Burke. “But as bad as the damage was, the response from our crews has been amazing. They’ve worked long hours away from their families dealing with a lot of tree debris and downed lines. We are lucky to have them out there rebuilding our system, and they deserve our thanks.”

Working alongside OPPD’s crews were crews from nine other utilities and private contractors. OPPD has provided mutual aid to other utilities in the past, including responding to Hurricane Katrina in Mississippi and Louisiana and Hurricane Sandy in New York City. The most recent response was July 18, 2015, when storms struck the Minneapolis/St. Paul area leaving 240,000 customers without power.

Finding lodging for the mutual aid crews from out of town proved challenging. In the past, crews stayed at hotels strategically located near the interstates or OPPD’s service centers. But with the beginning of the College World Series, blocks of rooms were hard to come by. Plus, some customers who lost power sought hotel rooms, too.

“We’ve just been going down the list,” said Kim Hoock, facilities services coordinator at OPPD. “Last time we had this, the CWS was just ending so we’ve never had this kind of issue. It’s been tough finding blocks of rooms for four-night stays. We have crews staying out in Gretna and Blair.”

OPPD’s social media sites also were busy. There were 2,000 individual messages between OPPD’s Facebook and Twitter pages. The OPPD call center logged more than 6,100 calls as of Monday afternoon.

“Overall the public has been supportive of our efforts,” said Kim Wear, OPPD’s social media & website coordinator. “We received a lot of shout outs and thanks from customers.”

Wear said the number of followers on Twitter and “likes” on Facebook increased by about 2,000, and the overall Facebook rating for the OPPD page rose during the weekend.

In addition to restoring power, OPPD began repairing transmission lines that were damaged, repairs that could take weeks.

The worst of the damage was in the Bellevue area. According to the National Weather Service (NWS) in Valley, Neb., the first tornado struck at 8:05 p.m. touching down about two miles southwest of Offutt. It stayed on the ground for about nine miles, crossing the Missouri River and ending two miles northwest of Glenwood, Iowa. The second touched down near Willow Lakes Golf Course, which is between Nebraska Highway 370 and Capehart Road, at 8:08 p.m. and was on the ground for about three miles.

No one was injured in the storm.

Restoration crews were fortunate to have good weather in the days after the storm, which helped them make strides.

The gallery below shows the variety of repairs that were needed.