Video: New apartment project doesn’t break with the past 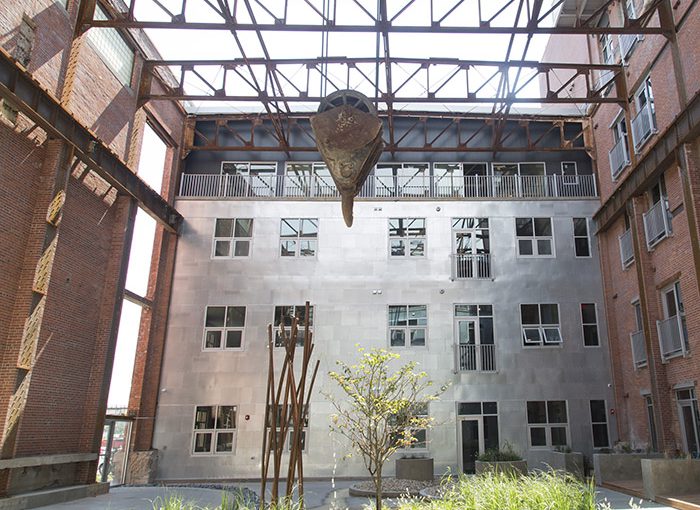 Heistand and his company made a name for themselves by preserving some of Omaha’s most iconic old buildings and recasting them as elegant apartments and trendy office buildings. 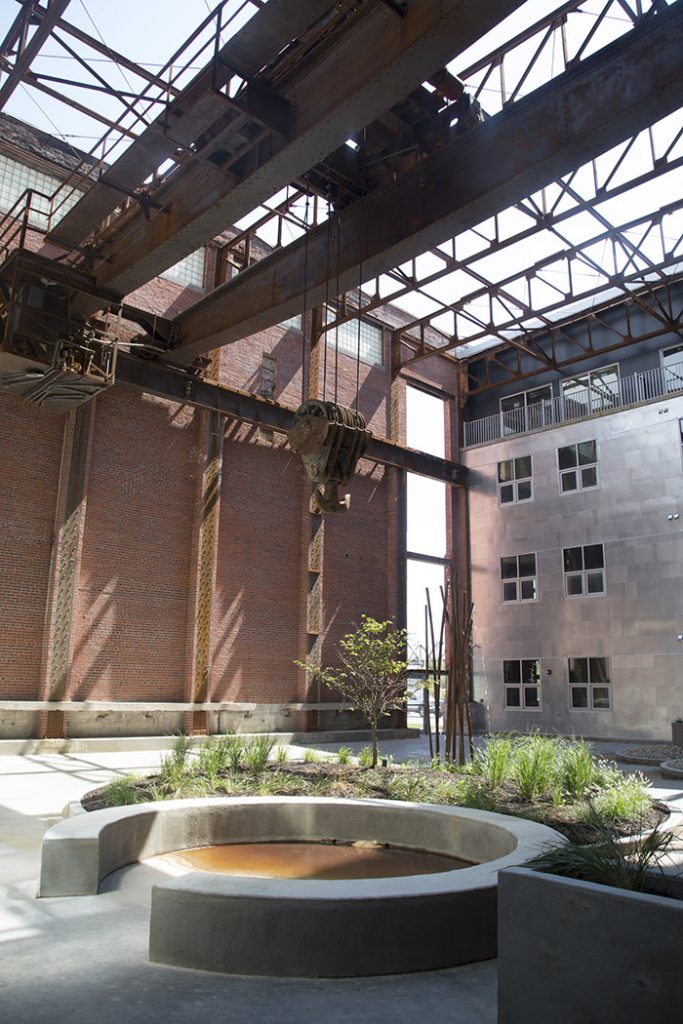 With one of its foundations dating back to 1897, the Jones Street Station – known as “Breakers” – proved to be the biggest challenge yet for Heistand. 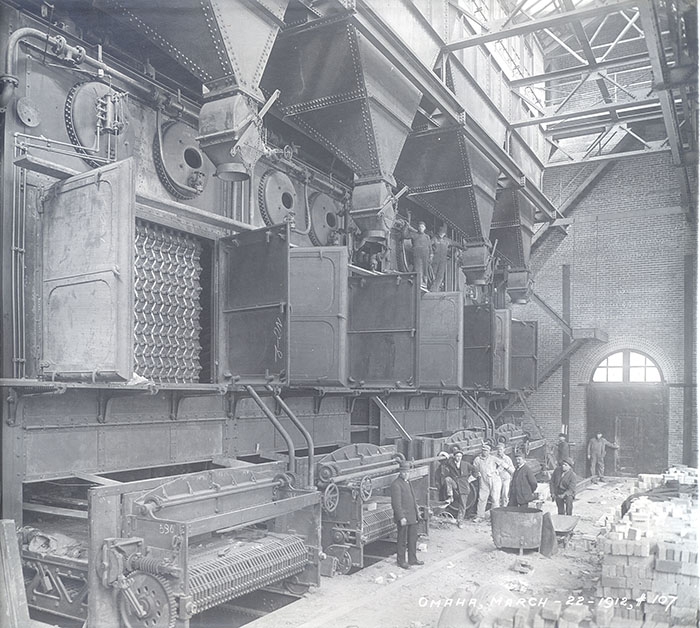 “We knew it was a great building but was hard to get to,” said Heistand, often lauded for his visionary developments. “It went up for proposal twice but we just weren’t ready.”

So when the old power plant came up for proposal again in 2013, Heistand said they were ready. What followed was two years of demolition and “a lot of heartache” but in April, the first residents moved into the Breakers.

The results were worth it, said Heistand and several OPPD employees who recently visited the site.

There is a lot to take in when first visiting the new development. Large pieces of “plop art” – original turbine valves, circulating water pipes and heat exchangers – dot the property. Leading into the building is decorative fencing separates OPPD’s remaining equipment from the apartment building.

The turbine hall and its giant crane anchors the open atrium – the centerpiece of the historic building. When residents in some parts of the building open their sliding deck doors, the open air atrium is what they look out on. 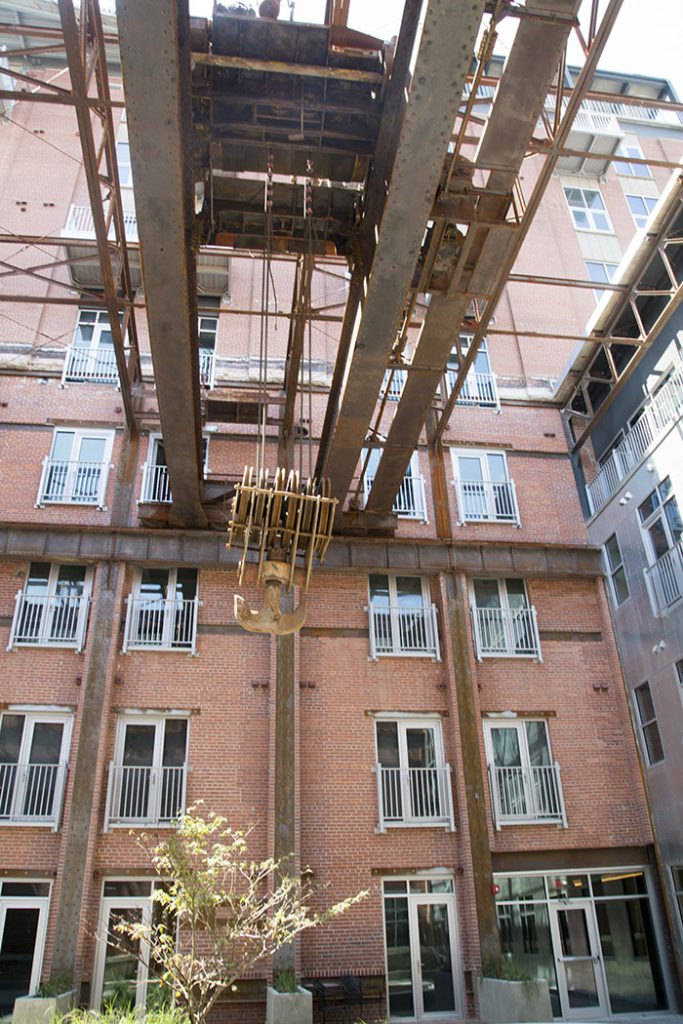 “The crane is the biggest feature in the whole building,” Heistand said. “It was this huge piece we had to somehow figure out and show off. This open atrium worked really well and shows how this building was used when generating electricity.”

Connecting with the past

Photos and diagrams of the building’s past decorate the entryway. Heistand works hard to honor the past in all NuStyle’s projects. Maintaining that connection is a large part of what draws people to his projects.

“People love the historical nature of the building,” he said. “This is what grew Omaha – this power plant.” 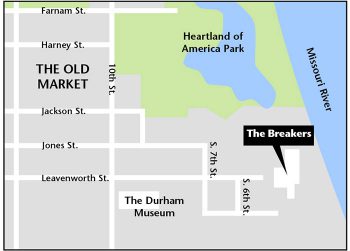 The complex is separated into three areas – the turbine hall, boiler building and switchgear building. About 80 percent of the apartments are rented, Heistand said. There is a good mix of residents, though the majority are “empty nesters.”

OPPD’s remaining portion of Jones Street Station – the combustion turbines next door to the Breakers – are one of three peaking stations OPPD can call on when energy demand is at its highest.

The plant, at 4th and Jones streets, was one of the two original power plants for OPPD. The other was the South Omaha Steam & Electric plant at 27th and P streets.

In 1954, NOS began operations to help meet the growing demand.

Before opening the area, Leavenworth Street had to connect to the property. Then came the structural and infrastructural issues that needed addressing before the building could be finished. There were no floors in the eight-story building. A 1-million-gallon fuel tank was removed to make way for Leavenworth. Another tank that feeds the station needed to be modified. 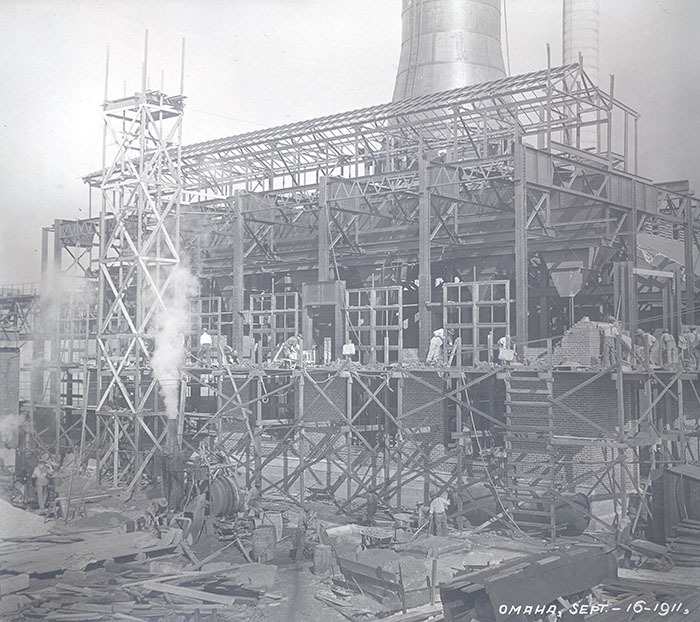 Plus, OPPD had to keep the generation facility up and running during the four years NuStyle was doing construction, said Melissa Lester, senior Production Operations engineer at OPPD.

“I asked Todd, how does one have a vision that you can go from an old decrepit facility to something as beautiful as this?” Lester said. “His response was ‘it’s 30 years of experience and a whole team of people working together.’”

Heistand said he worked with a wide range of people and departments from OPPD every step of the way. He said it was a good relationship and was interesting to learn about all the different areas of the utility.

Tim Yager, OPPD’s manager of Special Projects, worked most closely with NuStyle and has his own memories of the building. When Yager joined OPPD as a part-time employee in 1984, he worked out of an office at Jones Street Station. Yager said the views are great, especially on the eastern side, which looks out onto the Missouri River.

“The Jones Street Station has been in OPPD’s fleet for a long period of time,” Yager said. “The fact that it could be repurposed was very uplifting to me.”