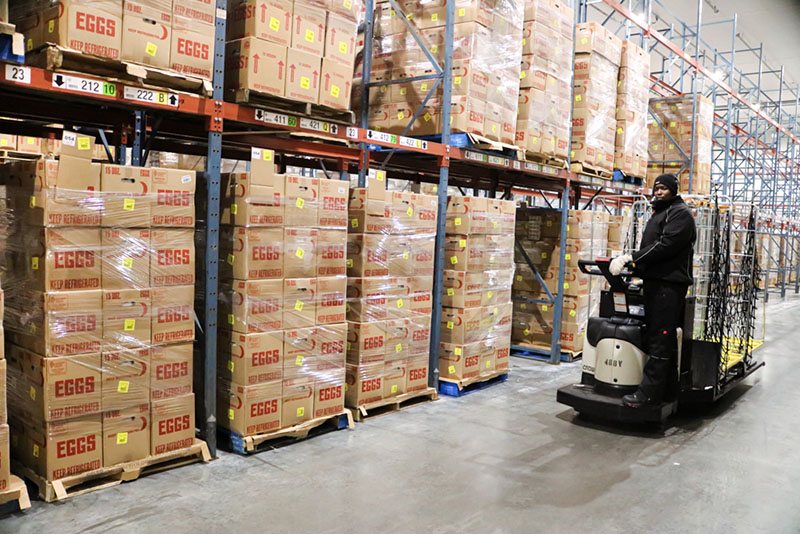 The distribution center, which will have both dry and cold storage, marks an $85 million investment in the area. At full capacity, the 800,000-square-foot facility will create around 400 jobs and support more than 1,500 stores in the Midwest.

The facility will be the first combination facility the company has built. Dollar General opened its first store in Nebraska in 1992. They employ about 1,100 people at more than 130 stores statewide.

OPPD officials have worked with the company on the project since 2017. Construction will begin this month for the facility, which is located southwest of Blair.

“This project is a great example of how both private and public partnerships united together to make this project a success,” said Devin Meisinger, senior Economic Development coordinator. “It also demonstrated the importance of having controlled sites and the due diligence done so prospects can move quickly.”

Mike Rooks, director of Washington County Economic Development, said a variety of factors are involved with this type of project, including “access to reliable, affordable energy resources.”

“OPPD offers just that,” Rooks said. “Their economic development team worked collaboratively with stakeholders to ensure Dollar General had exactly the right solutions available for this large-scale venture. It’s a team effort, and we’re glad OPPD is here to help everyone win.”

“This $85-million investment by Dollar General speaks to Nebraska’s business friendliness and natural advantages as a logistics and supply chain hub,” Ricketts said.

Once completed, the facility will be one of the largest of its kind in the state. OPPD officials were involved in landing the facility. Meisinger is on the board of directors for Washington County Economic Development.

The new Dollar General facility, when fully operational, will be among the top employers in the county. The Greater Omaha Chamber estimates the local economy will see an annual boost of about $106 million, $53.5 million specific to Washington County. Dollar General plans to begin initial hiring for management positions by summer 2021. Filling general warehouse and private fleet team positions will occur by fall 2021.

“The OPPD team actively supported the infrastructure and engineering plan for this site,” said Brook Aken, manager of Economic Development at OPPD.  “We worked closely with partners to think outside of the box in solving for the site development needs.”