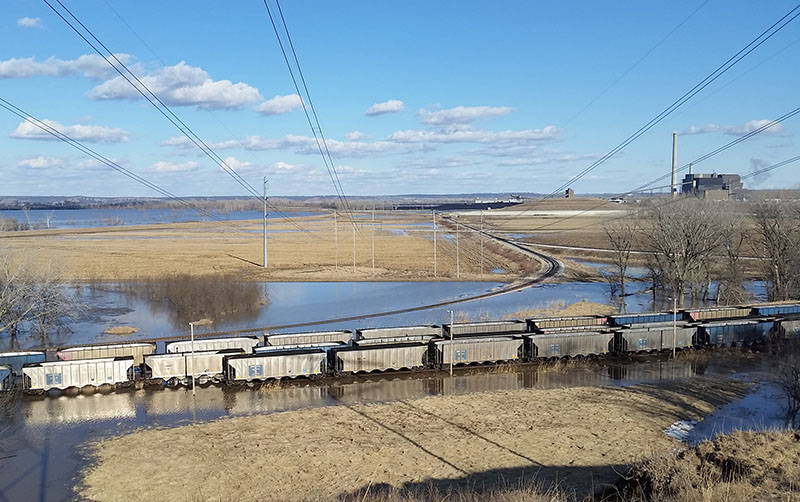 The ground is saturated, the rivers full and there is still plenty of mountain snow pack that needs to melt into our river systems.

But if you’re looking for a silver lining – a half-full glass rather than one that’s half empty – ­then find some solace in this: Our area hasn’t had nearly as much precipitation as last year, and the chance of a “normal” spring, precipitation-wise, looks good.

The area is still recovering from historic flooding that struck much of the Midwest in 2019, including the OPPD service territory.

OPPD is preparing for flooding, and like experts across the area – including the National Weather Service and the U.S. Army Corps of Engineers – are confident we will see some flooding again this spring. But there are conditions that could help lessen the severity.

Finigan said the four main factors determining flooding are weather, soil moisture, runoff, and release rates from the dam system. When all four of those factors are happening, the result is the perfect storm for flooding.

He said two of those four conditions are currently happening – high soil moisture and a high level of water equivalent in the upper Dakotas.

As it stands now, areas to the north and south of Omaha, particularly from Plattsmouth to Rulo, are at high risk for flooding, Finigan said. 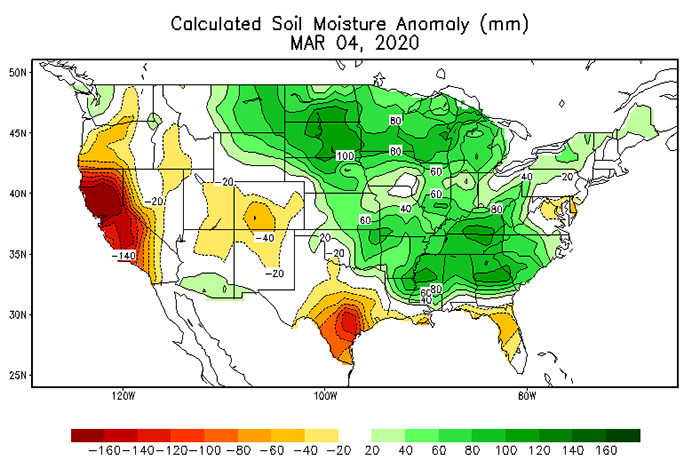 The Army Corps of Engineers continues to release higher-than-normal water amounts from Gavins Point Dam in Yankton, S.D. Releases into the Missouri River increased to 38,000 cubic feet per second (cfs) the week of March 2, but were scaled back so downstream levee repairs could be finished. Still, the 35,000 cfs now being released is twice the amount released at this time last year. Normal release rates for this time of year are are between 12,000 and 17,000 cfs.

The Gavins Point releases have been high since last year. This is due to an effort to control water storage and evacuate last year’s stored floodwaters.

Waters in that reservoir system are what Finigan called restricted waters. Unrestrictured waters are on the eastern side of the Dakotas. This mean water flows directly into the Missouri River without any reservoir control measures available to stop it.

The rivers are full, Finigan said. The Missouri River’s flow at Omaha is 230% above normal.

“It is full and flowing fast.”

Finigan said rivers to the north in the unrestricted area are at extreme risk of flooding. The Vermillion River, for example, has been over flood stage for more than 300 days.

“There is nothing the Corps of Engineers can do about those rivers,” Finigan said. “In the last decade, there has been more water in the river systems and more flooding than in the past 130 years.”

On a positive note, Finigan said room remains in the reservoir storage system, of which Gavins Point is a part, to hold more water. That system is at 56.1 million acre-feet (MAF). The reservoir system can hold a total of 72.8 MAF of water, so there is storage room.

But if the weather changes, there could be problems.

“If we have a wet spring it will not be good,” Finigan said. “So far, we have had a dry run, which is good. There is still more than a month of snowfall possible in the mountains. We need to pay attention to what happens up there to determine what our flooding risk will be.”

There are 36 MAF of water equivalent in the mountains right now, which is above average with still a month to go. That water needs to enter the reservoir systems, which will need to release water to make room.

The long term weather forecast shows slightly above-average precipitation this spring. But unlike last year, the area does not have high levels of snow on the ground, and the frost line is less than one foot deep compared to about two feet this time last year, Finigan said.

“The key is to stay dry and warm and get the current snowfall in the Dakotas to melt so we can get it down the river system before heavy rains start,” Finigan said. “The farmers need a dry spell, the ground is too saturated right now.”