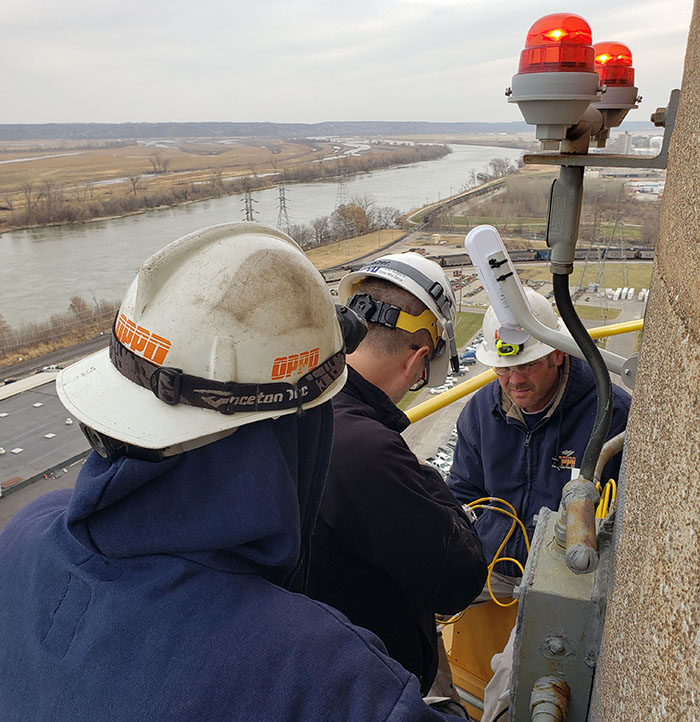 Clark and his partner are about to star in their own reality TV show.

The two peregrine falcons are now featured on a live falcon webcam on oppd.com’s environmental page. Clark has a name because he was born at the Nebraska State Capitol building in Lincoln, where he was banded by the Game & Parks Commission.

The falcons took a liking to a falcon box at OPPD’s North Omaha Station (NOS) power plant in 2015, and have raised several chicks during that time. Now, with the help of the camera, the public can get a birds-eye view of the activity in and around the box. Falcon chicks are usually born in the spring and leave the nest in early summer.

The box was the idea of Jon Hansen, former vice president of energy production and marketing, when he was the manager of NOS. In 2015, Hansen said he first saw a falcon box at Allen S. King Generating Station in Minnesota during a visit in the early 2000s. He brought the idea to North Omaha Station. It took 10 years for a falcon family to take up residence.

Peregrine falcons have long-term mates and will return to the same box, or nest, year after year. But it can take some time for them to acclimate to and claim a nest.

Early in the fall of 2019, personnel at NOS built a new box for the stack, outfitting it with an arm that could hold a camera for the falcon webcam. They then configured wiring and connections to enable the live webcam. 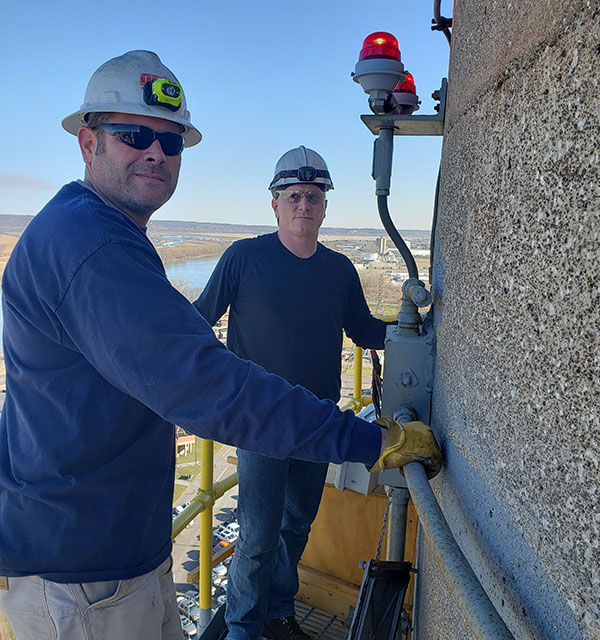 “We’ve had a nesting pair of falcons here for several years now,” Baker said, “and it’s great for everyone to be able to finally see and enjoy them, anywhere and at any time.”

Because the box is so high on the stack of the plant, employees rarely get close enough to see in it. But they frequently see the falcons flying out early in the morning when activity ramps up at the plant. The falcons return around dusk.