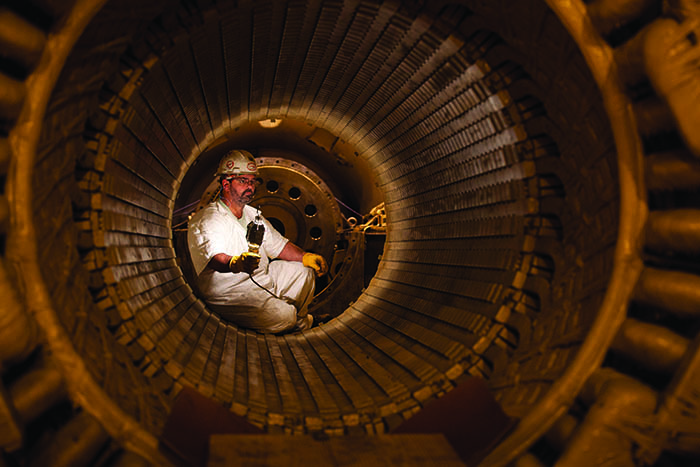 The decision in June to cease operations at Fort Calhoun Station (FCS) by the end of 2016 has led to NOS Units 1 and 2 to potentially be tapped as a peaking station to run on natural gas if needed. Unit 3 has already been fitted to run on gas rather than coal and was going to be available to do so until the end of the year.

But the FCS decision has led OPPD to keep NOS Units 1, 2 and 3 operational for at least the next two years, said Jon Hansen, vice president of energy production and marketing at OPPD. NOS Units 4 and 5 were fitted with emissions-control measures – dry sorbent and activated carbon to be injected into the plant’s flue streams, earlier this year. Those units will be retrofitted in 2023 to be fueled by natural gas.

“It has always been a hallmark of North Omaha Station, especially in the last half of its tenure, the flexibility and ability to roll with OPPD’s changing needs,” Hansen said. “The equipment provided versatility and the people there, they have always been innovative.”

Hansen said the duration of time those units may be needed should become clearer later this year after a reassessment of OPPD’s Integrated Resource Plan.

Testing was recently done on Units and 1 and 2 to demonstrate their capacity, as required through the Southwest Power Pool, the regional transmission organization of which OPPD is a member, said David Wetrosky, plant manager. OPPD must have access to enough capacity to meet customer demand during the hottest and highest usage days of the year, plus an additional 12 percent in reserve.

Wetrosky said the units could always operate on natural gas, but some restoration and maintenance work was required to restore the units to operational condition after they were retired earlier this year.

Hansen said in all likelihood the units won’t be called upon very often, but it is important for them to be ready, if needed. For years, NOS was the workhorse of OPPD’s fleet, coming online in 1954 and initially providing 75,000 kilowatts of energy.

Other units were added as growth continued, eventually ending with five units total capable of providing nearly 650 megawatts of electricity.