Chance assignment proves to be a perfect fit 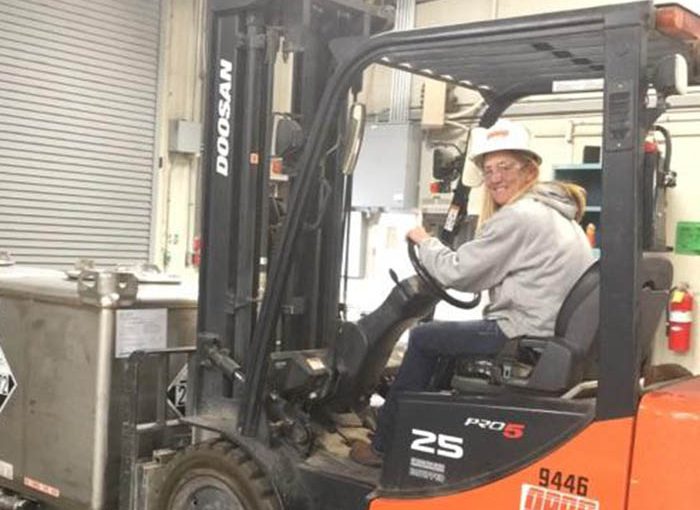 Peg Kreifels worked in coal handling for three years. She liked how busy the job at OPPD’s Nebraska City Station kept her.

So when OPPD’s largest generating station went into a planned outage in 2006, Kreifels was temporarily reassigned. Her new assignment was the warehouse. She was reluctant, worried there wouldn’t be enough work to keep her busy.

“Now I’m so glad it happened,” she said. “I thanked my boss for sending me out there. He told me he was afraid I wouldn’t want to come back after going to the warehouse. He was right.”

Kreifels said she couldn’t be happier. She’s been at the warehouse since 2007.

“I’m far busier than I ever thought I’d be,” she said. “You can always find something that needs to be done in here.” 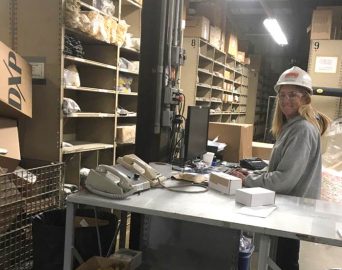 A typical day for Kreifels involves helping unload trucks and pulling orders for the equipment and supplies that the plant’s maintenance personnel will need for the day. She also checks in shipments that come in by freight and from vendors, tags and monitors supplies, and constantly takes inventory.

Kreifels said people may be surprised to know that someone from the warehouse needs to be available at all times. If the plant goes offline, the equipment needed to get it back up and running comes from the warehouse.

“We need to have the right parts available at all times because if we go down, we have to buy that power and that costs the company,” she said. “Without those parts, the plant won’t be running.”

Kreifels grew up in Nebraska City and knew people who worked at OPPD. They always had good things to say about the company and how it was so family-oriented. She’s been with OPPD since 2004 and found that to be true.

“I like the interaction at this job,” she said. “I like letting people know the parts they need are in.”

Away from work, Kreifels likes to spend time with her two children and grandchildren and going to the family cabin. She loves the outdoors and goes pheasant and deer hunting whenever she can.

From contested beginnings to a changing energy landscape, OPPD continues to work to power the future.

The nondescript building at OPPD's Nebraska City Station balances temperature to release coal from the rail cars as they arrive at the plant.