A stranger saved her life, bonding them forever 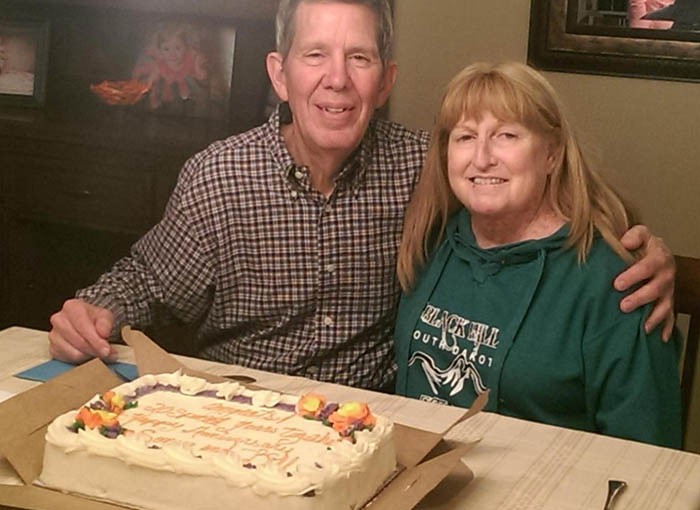 November is National Bone Marrow Awareness Month, but OPPD transportation mechanic Brad Schorsch is more than aware of the importance of donations. Without the precious gift of bone marrow, his wife Sonya wouldn’t be here today.

Sonya was just 31 when she began experiencing symptoms of blood cancer. At the time, she and Brad had two young daughters – 1-year-old Taylor and 3-year-old Karly. Sonya initially chalked up her extreme fatigue to motherhood, but she began to also experience severe headaches. Doctors thought she had mononucleosis and told her to get lots of rest. But instead of getting better, she got weaker. So, she went back in for another look.

“They drew blood, and it was like boom, instant,” she said. “My hemoglobin level was extremely low. That explained the headaches and low energy.”

Further testing revealed what was behind the low hemoglobin level: acute lymphocytic leukemia (ALL), a cancer of the blood and bone marrow that normally targets children as opposed to adults. Being an adult put her in a high-risk category.

“It was scary,” Brad said. Doctors said his wife would need chemotherapy followed by full-body radiation and a bone marrow transplant for her best shot. And the odds of finding a perfect bone marrow match were 20,000 to one.

“Even then,” Sonya said, “my chance of survival was 50 percent at best.”

When she was just 16, Sonya lost her own mother to breast cancer. She decided she’d do whatever it took to ensure her young girls didn’t grow up without a mother.

“I never really cried,” she said. “I was always like, ‘It’s okay. We’re going to get through this.’”

And get through it she did.

It took about five months, but doctors found a compatible donor through the national bone marrow donor registry – Bill Knapp from Lafayette, Ind.

The donor’s name is kept strictly anonymous, at first. The Schorsches later learned Knapp had registered as part of his community’s effort to find a match for a young man with leukemia. Sadly, none of the donors could help the 19 year old.

Knapp took the opportunity to make a difference for a complete stranger who was a match, agreeing to the marrow extraction procedure.

“After they found a match, it was a relief in one way and scary in another,” Brad said. “If it didn’t work, it would have been fatal.”

Sonya received the long-distance transplant, similar to a blood transfusion, on Sept. 25, 1995. She knew she would celebrate her 33rd birthday in the hospital.

What was to be a five-week stay lasted three months.

“Anything and everything that could go wrong with the transplant did,” she said.

While her body had a tough time rebounding, the marrow donation worked. It fought the cancer and won. 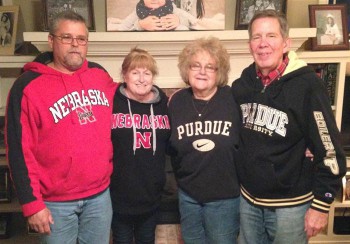 Approaching one year post-transplant, Sonya and Brad had an opportunity to meet the man they describe as their “guardian angel” at the National Bone Marrow Donor Program convention in Minneapolis. Bill would be there, but he didn’t realize Sonya would be there, too. Bill’s wife wanted to surprise him, waiting until just before he and Sonya would take the stage together to tell him that hers was the life he’d saved.

“When I got up there, we just embraced and did not let go,” Sonya said.

After the transplant, Sonya shared Knapp’s DNA. But now, they share so much more.

“We just bonded,” she said. “He calls me his long-lost sister.”

The Knapps and Schorsches have gotten together once or twice a year every year since then. The Knapps are like an aunt and uncle to Karly and Taylor Schorsch – now 23 and 21.

“They’re family,” Sonya said, adding, “I’m here 20 years later. I watched my daughters graduate, and I hope to see them get married one day. Bill made that possible.”