OPPD’s ‘historian and storyteller’ looks back 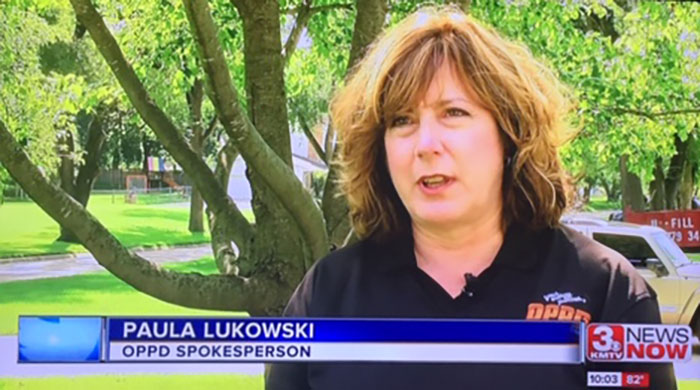 For retiring OPPD supervisor of Brand & Communications, Paula Lukowski, her greatest roles in her 31 years at the utility has been that of storyteller and historian.

And when those roles intersected, Lukowski found her favorite moments.

At a coffee shop in the Blackstone District – coffee being one of her favorite things – Lukowski reflected and spoke about those stories of which she’s most proud.

Or Carmen Ovici, a chemical engineer at Fort Calhoun Station (FCS). She and her husband, Toma, were world class athletes who defected to the U.S. from Romania in 1976. He a Davis Cup tennis player and she a world-ranked table tennis player.

And then there were people like Lillian Hughes, an OPPD retiree Lukowski befriended after hearing about the stories she told at her nursing home and writing a profile of the woman.

Lukowski and then co-worker, Mary Finley, ended up going back for monthly visits until Hughes’ death two years later. Lukowski has some keepsakes of Hughes in her office, including her 35-year-anniversary commemorative clock that Hughes’ nephew passed along after the funeral.

Forging bonds and building rapport with others was something Lukowski did with many story subjects. She loved getting out of the office and into the homes or offices of those she profiled.

“I just ended up forming relationships with a lot of those people,” she said. “For me, it’s always been about the people. OPPD has so many people here just doing their jobs and working behind the scenes. I’ve enjoyed telling their stories. They are the ones who built the culture at OPPD.”

And her care for the well-being of those who came before her and helped build OPPD hasn’t gone unnoticed. When friends and co-workers became ill, or were facing surgeries, Lukowski often visited homes, boxes of casseroles and salads filling both arms.

When long-time co-worker and friend Mike Jones became sick with cancer, Lukowski spent many hours talking with him. She’s thankful to have been there for her friend in his final days.

Lukowski also became an advocate for retirees, working to make sure they still felt connected to OPPD. She saved treasured notes from retirees.

One from Dan Hendrick appreciated the rapport Lukowski built with retirees. Carl Martens, now deceased, wrote in 2013 in praise of her outreach efforts to help retiree groups stay connected to the utility.

Lukowski worked at other places before coming to OPPD, as a reporter at the Papillion Times, for Union Pacific and HDR. But OPPD had a family feel, not a corporate one, she said. Something she said sets the utility apart and made it special to her.

Her work across many areas, including overseeing 25 annual reports, put her in touch with people from across the utility, something she was thankful for. 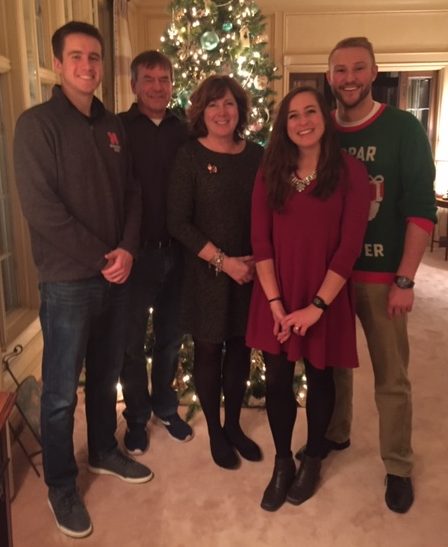 There were challenges, she said. The 2011 flood was an incredibly difficult time, but also an extremely rewarding one. As then-CEO Gary Gates said, the utility was “at war with the river.” Lukowski said it was rewarding to see so many talented people working to save utility infrastructure, particularly at the Fort Calhoun Station (FCS) nuclear plant.

Lukowski and her team of nine put out daily newsletters on flood updates, then produced a special historic flood edition of Flash.

The work didn’t go unnoticed. The issue earned the department national recognition.  According to the citation, the magazine highlighting the “superior organizational reporting” the judges said:

“Rarely have the Ragan Awards picked a winner in its ‘Best Article Series’ category that faced the imminent prospect of catastrophic damage – and lived to tell the story, triumphantly, not merely as a ‘survivor’ but as a victor, stronger than ever.”

The following year, Lukowski added media relations to her role.

It was clear to Lukowski, OPPD had to meet the demands of the 24-hour news cycle. She spearheaded the effort to create OPPD’s two content marketing sites: The Wire and the Storm & Outage Center. The sites, with content produced by daily journalists she hired, were designed to keep the customers, employees and media informed in near-real-time.

Content on the sites focuses on what is going on at OPPD, the people who work there as well as up-to-date information on outages.

“It’s the same story-telling we have always strived for, but in a different format,” she said.

Lukowski said she’ll keep busy in retirement and has more stories in her that need telling. Writing, gardening and time spent with friends and loved ones will be a good start to the next chapter in her life.