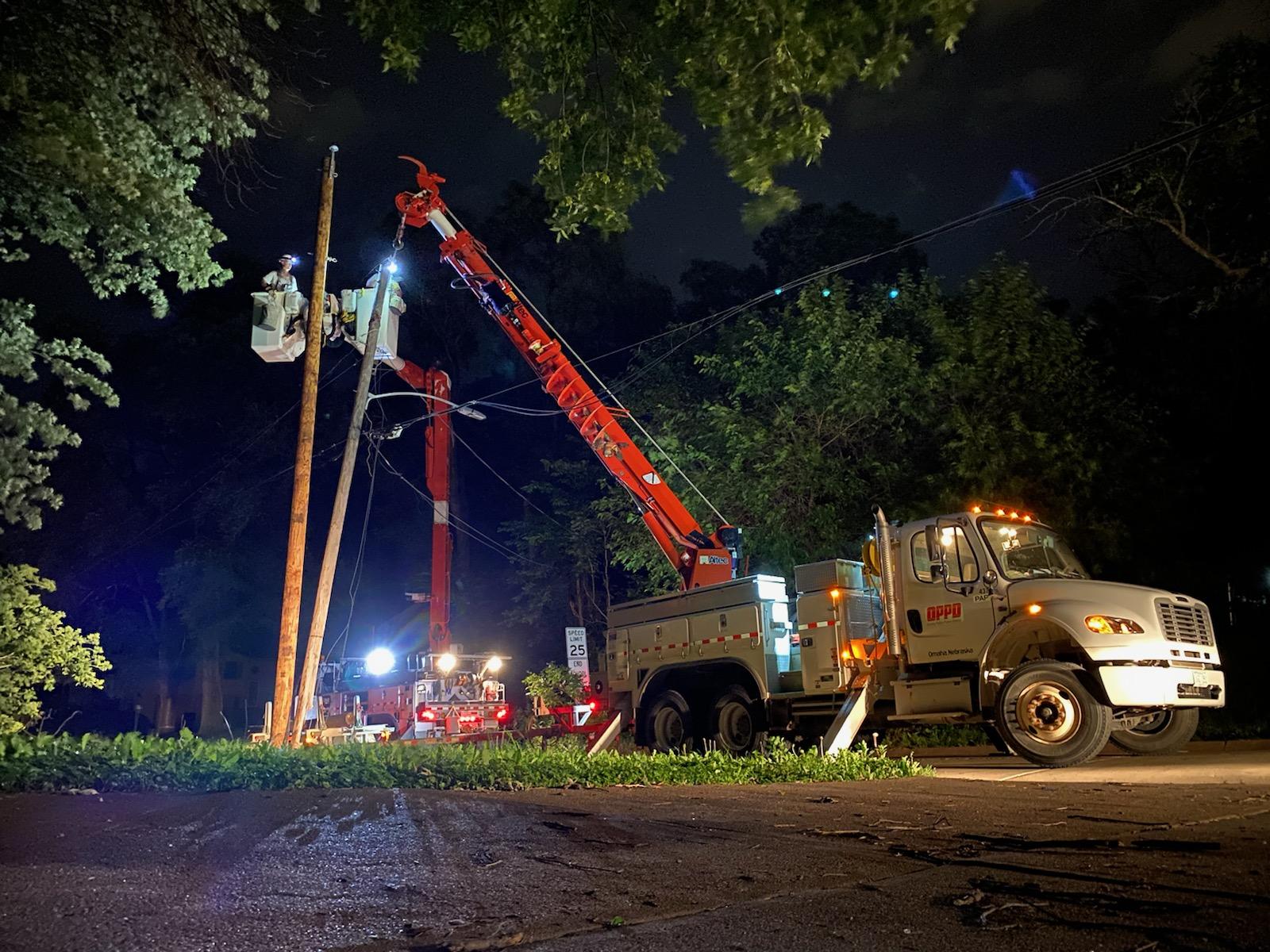 OPPD and other Nebraska utilities are eligible for assistance now that President Joe Biden has approved a federal disaster declaration related to the widespread storms that struck Nebraska in July.

Nebraska Gov. Pete Ricketts’ request for a disaster declaration outlined damage to the state’s electrical grid. The damage from the July 10 storms left 37% of the state without power. More than 188,000  OPPD customers lost power during the storm, which included hurricane-level winds. The outage was the largest in OPPD’s history.

The declaration means that OPPD and other utilities can receive assistance through the Federal Emergency Management Agency (FEMA). The counties approved for relief are Box Butte, Cass, Clay, Douglas, Fillmore, Grant, Hall, Hamilton, Madison, Sarpy, Saunders, Sheridan, Washington and York. Communities are eligible to apply for assistance for “emergency work and the repair or replacement of disaster-damaged facilities.”

OPPD received FEMA recovery funds after the 2019 floods, which impacted the entire state. The funds from FEMA typically cover 75% of the damage. In the case of the 2019 flooding, that increased to up to 90% because of the widespread devastation.

Receiving the funds takes time, though. Firuza Jimenez, a corporate accountant at OPPD who is working on OPPD’s FEMA submissions, said that of the $11 million OPPD qualified for from the flooding, only $925,000 has been received so far. OPPD is finalizing the last of the various projects related to flooding repairs, Jimenez said.

During these large events, OPPD employees from the Corporate Accounting and Business Continuity teams begin gathering preliminary, high-level damage estimates within the first few days after storms like the July windstorms. The Nebraska Emergency Management Agency (NEMA) uses those estimates to establish for FEMA which counties had damage.

OPPD workers write up damage repairs by various projects, which are reviewed by both FEMA and NEMA, said Jim Karnik, manager of Asset Accounting at OPPD.

When submitting a request for federal reimbursement, entities like OPPD must meet FEMA requirements and provide many supporting details. For example, FEMA requires that areas of damage  be tied to a specific GPS (global positioning system) point, Jimenez said.

OPPD answers any questions raised by the government agencies and provides more information and clarifications, as needed. In addition to project details, OPPD passes along photos and news accounts to corroborate that extensive damage occurred in a specific area.

Over the years, OPPD has received millions in FEMA reimbursements. In addition to the 2019 flooding, the June 2017 storms and 2011 flood. OPPD also received FEMA reimbursements for the 1997 snow and ice storm and for straight-line wind damage in 2008.