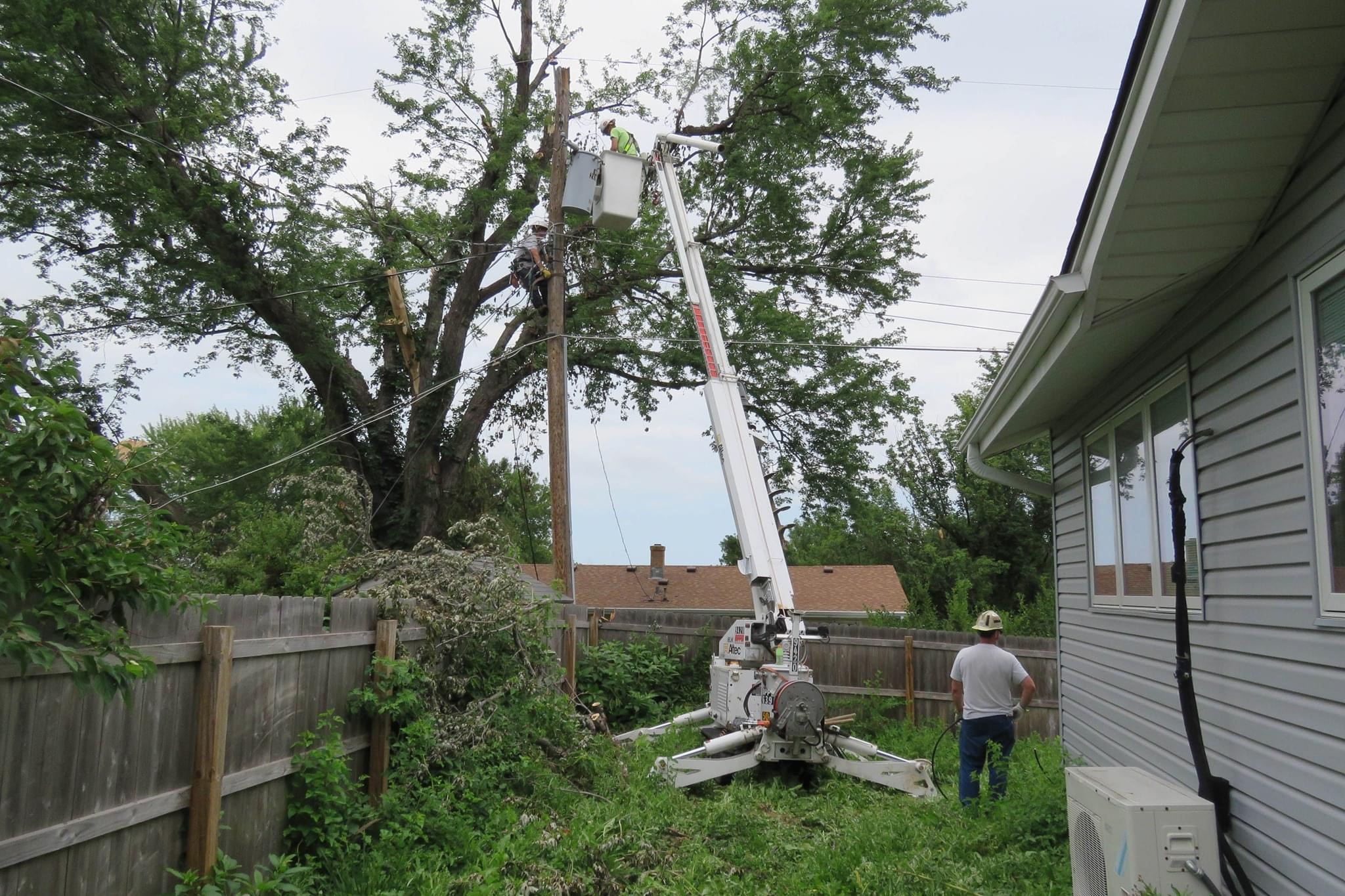 One question that comes up pretty consistently when Mother Nature strikes is why isn’t OPPD burying more power lines.

The utility was already in the midst of a deep dive into the issue before the July 10, 2021, storm. A comprehensive review of installation of underground power lines started in early 2021.

The study is an ongoing venture by an OPPD team made up of members from different areas of the utility. But one of the team’s leaders points to work already underway to ensure increased reliability.

“We increased our tree-trimming budget and have programs in place to make improvements on circuits that haven’t been performing as well,” said Guy Lucey, manager of Distribution Engineering. “We also have a ground line inspection and treatment program to ensure the integrity of our wood poles.”

While the study is still in progress, one thing officials know is that burying power lines can be a complex process with a lot of costs and considerations.

“The areas that are hit hardest during severe weather are also the areas where burying our existing overhead lines would be the most difficult,” said Mike Herzog, manager of Distribution Planning, another member of the review team. “These are older, established neighborhoods. That means going into back yards that have mature vegetation, landscaping, sheds, pools, patios and other obstacles to work around.”

Such work can also disrupt the root systems of old, established trees. Burying power lines in such neighborhoods can cause “a major disruption of property,” Herzog said.

Another issue is how much of the line to bury in a neighborhood and where the burden of cost lies. The homeowner is typically responsible for the cost where the overhead service line attaches to the house and feeds into the meter. Converting from an overhead service to an underground service requires significant changes to this portion of the service connection.

Even if the lines in a neighborhood are buried, there could still be overhead portions of the line along main roads that are exposed to the elements and subject to weather-related outages, Herzog said.

And even if OPPD does bury lines, that doesn’t mean poles would no longer be needed in back yards. Telecommunications and cable companies also hang wires on OPPD’s poles, and those wires wouldn’t necessarily be buried as part of this process.

OPPD routinely considers both overhead and underground construction when installing new equipment or replacing existing equipment, Lucy said. Many factors impact the cost construction and operation of OPPD’s facilities. The utility evaluates each project on a case-by-case basis to determine the best overall solution.

New development typically includes installing underground lines in an areas without many trees. In those areas, developers plan for, and generally pay an additional fee to have facilities installed underground.

Lucey said underground construction continues to be more prevalent in both rural and metro areas. In rural areas, conversions from overhead to underground are often more feasible because there are generally fewer obstructions to contend with.

OPPD will continue looking at the all issues. In the end, they will offer what will be the utility’s most extensive look at how to proceed with underground wires.

Whether a bird is safe sitting on a power line comes down to how they are perched there.