Infographic: Methane plant turns your trash into your power 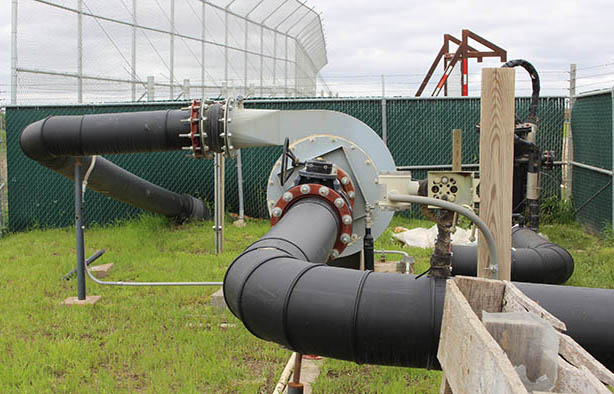 Day-in and day-out, Elk City Station turns our trash and waste into energy.

How much energy? Enough to power nearly 4,000 homes a year.

Elk City Station is a partnership between OPPD and Waste Management of Nebraska, Inc.

“For a small generating facility, the Elk City Station has big value for OPPD,” said Tim Yager, manager of Special Projects. “The facility is reliable and the costs are competitive. Plus, it’s good to know we are doing what we can to make positive use of gases that would otherwise be damaging the environment.”

The plant, located near the Douglas County landfill, went online in 2002 and was expanded in 2006. It currently producing 6.3 megawatts of electricity each year. OPPD owns the building and the generation, while Waste Management of Nebraska, Inc., is responsible for operation and maintenance and supplying the gas.

One hundred and eight extraction wells in the landfill provide the gas, mostly methane and carbon dioxide, to a central collection station where it is converted to electricity.

Palmer, a Waste Management employee, has worked at the plant for eight years. He grew up in the remote ranching areas of western South Dakota, so he’s good with solitude. At the station, it’s just Palmer and Gailen Williams, landfill gas technician.

Palmer, a broad-shouldered 41-year-old with a goatee and cowboy hat, has been the primary employee at Elk City. His background as a rancher and diesel mechanic serves him well since pretty much anything and everything that needs doing at the station is done by him. The exceptions, he said, are any high voltage and IT work.

Palmer lives close to the plant, so those occasional middle-of-the-night calls can be answered quickly. Like a recent Saturday, when he got a call just before midnight. An engine went down and he didn’t get done until 4 a.m.

“That’s part of being on-call all the time,” he said. “This job isn’t for everybody, there can be some long days and nights. There have been a few nights out with the family where all of sudden dinner has to be boxed up… But this plant is a good deal, those gases will have to be managed one way or another.”

Elk City Station is one of 134 such disposal sites. In all, Waste Management’s landfills produce over 650 megawatts of electricity – enough to power nearly a half million homes. The output is the equivalent of offsetting over 2.5 million tons of coal a year.

Palmer said his responsibilities range from tidying up the plant and its grounds to working on machines or inspecting the wells in the landfill.

Besides the physical work, Palmer also has plenty of paperwork to keep him busy, including gas readings. The plant is now incredibly efficient and is rarely offline. The occasional storm, especially when there are heavy rainfalls, can cause problems with the landfill’s pipes and gas flow. Occasionally, as the landfill grows, the wells must be redrilled. The only other time the plant is down is during maintenance.

The next time you take your trash to the curb, know that some of it is being used to power your home.