Video: Retiree looks back on life spent in the clouds 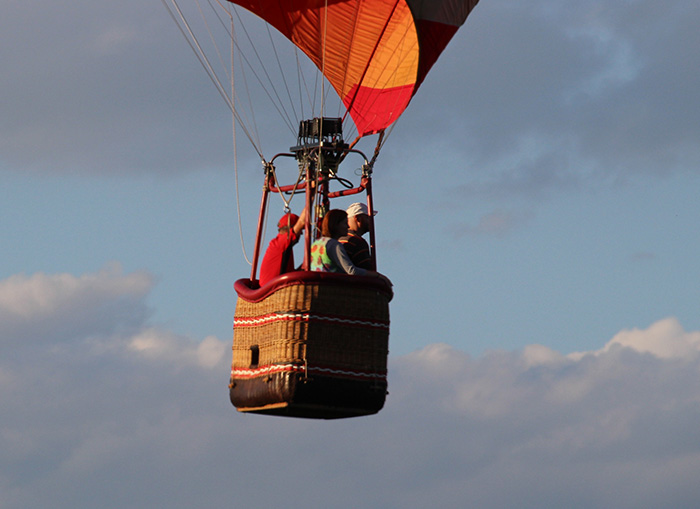 In perfect deadpan, Rich Jaworski, summed up the hobby that has seen him set and re-set several world records.

“It’s been a good ride,” he said of piloting a hot air balloon, a statement that could be a contender for understatement of the year.

Since buying his first hot air balloon in 1972, Jaworski holds several world records, including his first long duration flight in the AX-4 and AX-5 classes of hot air balloons when he flew for 13 hours, 13 minutes. He set that record in 2006, when he lifted off near his home in Blair and landed in northwest Missouri, shattering the previous record by more than four hours. 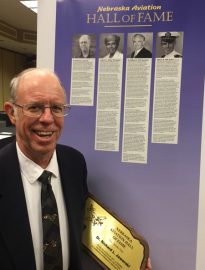 And this year, Jaworski, 74, can add “hall of famer” to his long resume after being inducted into the Nebraska Aviation’s Hall of Fame, becoming just the fourth balloon pilot to be inducted.

Not too bad for what was a hobby meant to give him a few peaceful hours away from the pressures of work.

“It was really a lifetime achievement award,” he said.

Jaworski, who holds a doctorate in nuclear engineering from Iowa State University, retired from Fort Calhoun Station (FCS) in 2004 as supervisor – Nuclear Licensing. 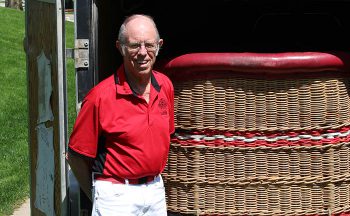 Jaworski got into ballooning to escape the long hours required to first bring FCS was brought online. He read about balloons in the late 1960s, and he thought it would be a cheap way to fly. Jaworski pointed to his “hangar,” a small trailer in the driveway.

In fact, Jaworski bought his first hot air balloon before ever taking his first lesson. Or even going up in one. A leap of faith.

When he started studying for his commercial pilot’s license, he was also studying to become a reactor operator for OPPD.

“There were so many gauges, procedures and alarms in the FCS Control Room that you had to remember by rote (for the reactor operator license), the pilot’s license was a breeze,” he said. “All you had (for the pilot’s license) were a couple fuel tanks with gauges, your watch, an altimeter, and a rate of climb meter – the essentials needed to fly.”

He never carried a radio for the first few years. Finally, his ground crew bought one so they could find where he landed. He enjoyed those early days up alone in the sky, often signing barbershop choir songs and taking in the views.

“Up in the air, the plant couldn’t get a hold of me,” he said. “Those years and months before FCS went online, the hours spent (at the plant) seemed endless. Those years leading up to putting the plant on-line were pretty demanding.”

He said in the early days flying was all about the beauty of getting up there and seeing life from a different perspective. He loved letting “the elements and God” directed him.

He started flying competitively in the mid-1970s, something he credits to his type-A personality and desire to excel. In 2003, he captained the national championship balloon team. From there, he started doing special flights and seeking world records. 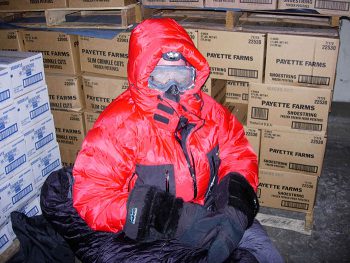 While designing his world record equipment, he consulted with fellow FCS engineers, other balloonists from across the world and even sat in meat lockers and ice cream freezers for hours at a time – all in the name of preparation to break world records.

He broke his own record for longest duration flight several more times, and it now stands at 23 hours and 11 minutes. The record was 8.65 hours before Jaworski broke it the first time in 2006.

Looking back, the hobby has been so much more than a diversion to escape work and the general business of everyday life.

Even after four decades in the balloon, Jaworski admits to still getting so excited the night before a flight that he can’t sleep. These days, most of the flights Jaworski takes are with elderly people or those with terminal illnesses. 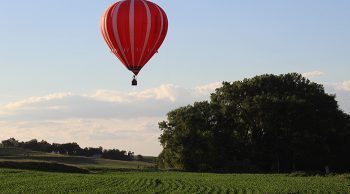 “Now, the best part is seeing my passenger’s reactions,” he said. “That’s a pretty big thrill, to fly someone who’s terminally ill and give them a new opportunity.

“Each one is different; whether it’s a kid or a 60-year-old, some are quiet and some are really excited. When someone experiences something new, that’s what you want to be there for. And that has satisfied my desire to make people happy.”

Jaworski remembers a flight with a father taking his 7-year-old son, who experienced motion sickness on the flight. The boy wanted to quit. So out came Jaworski’s bottle of soap bubbles. After about 15 minutes of blowing bubbles while at 500 feet above ground level, the boy was fine and the three spent the next half-hour flying over the Platte River. A good flight, Jaworski said of that day.

And then there are the events that can’t be easily explained.

Jaworski remembers landing one of his signature red balloons in an open field near Fremont. The chase crew went to the farmer’s door. The farmer’s eyes were red and puffy, and he wouldn’t leave the house. Jaworski left a business card and contact info with him.

“That was a Sunday morning, and then Tuesday we got a call from a woman,” Jaworski said, his eyes tearing up. “She said, ‘Did you land your balloon in our field Sunday?’ Yes we did. ‘Well I called to thank you for that. Mom died on Saturday night, and she always told people she was going to go to heaven in a red balloon.’

“So you get strange things that happen. That was something you just don’t count on. That was what this woman had told her kids for years.”

Flying is its own adventure, Jaworski said. You meet interesting people since it seems to attract colorful personalities and characters. And the bonds you make while training a crew member – people who want to become balloon pilots typically serve on a crew first and train with an experienced pilot – last a lifetime.

For Jaworski, it has indeed been a good ride. In fact, only a group flight over Pike’s Peak in Colorado remains on his ballooning bucket list. So many adventures, so many people met over the years. The chance to appreciate nature’s beauty from a vantage point few can access. Thanks to a hobby meant to be a getaway from work.

All of it possible Jaworski said – again with an understatement – because: “All of this stuff just happens around a balloon.”