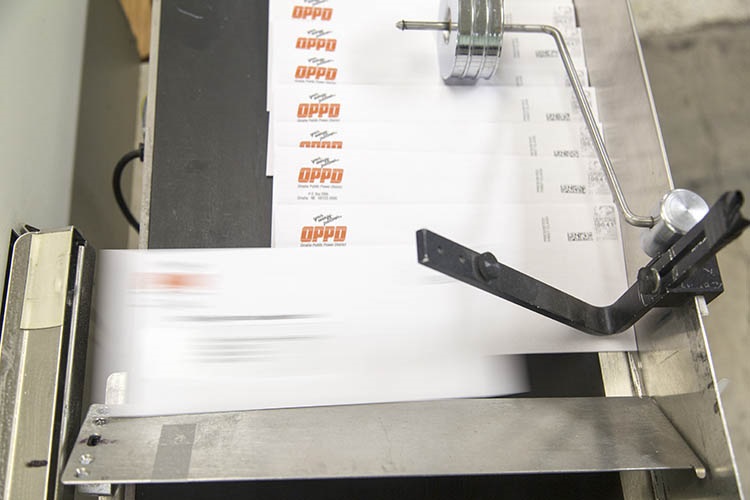 Responding to fuel and purchased power price increases, OPPD is proposing a line item increase on customer bills that would help cover the utility’s costs but remain far below the national inflation rate.

The proposal would raise customers’ total bills by an average of 2.9% starting in 2023, although the exact amount would vary based on energy usage.

By contrast, the energy sector has seen year-over-year inflation of 17.6% as of October, according to the U.S. Bureau of Labor Statistics. Despite an average inflation rate in the United States that currently stands at 8%, the utility is not proposing any changes to the general rate in 2023, which OPPD officials attributed to careful fiscal management.

Noted as the Fuel and Purchased Power Adjustment fee, the line item, on all customer bills, is updated annually but hasn’t changed in the last five years. It is commonly used in the industry to help manage costs outside of a utility’s control, such as fluctuating fuel prices and power purchased on the energy market.

“We know that any rate increase impacts our customers – our goal is to always keep power affordable,” said Jeff Bishop, vice president of the Financial Services business unit. “This allows us to recover the elevated costs for fuel and purchased power that currently exist in the market.”

Customers could control impact of increase

Because the line item is calculated based on energy consumption, customers could control the impact of the increase by using less electricity or taking steps to increase their energy efficiency. OPPD has strategies and tools to help, including how-to videos. The utility also offers a variety of assistance programs for customers struggling to pay their bill.

“Conserving energy now has more impact than ever,” said Beth Hoyle, manager of Pricing and Rates.

Here’s how the FPPA increase could affect a customer’s bill: The average OPPD bill is $110.62 per month, which includes a Fuel and Purchased Power  Adjustment charge of $1.73. Under the proposal, it would be $4.47 starting on Jan. 1.

The proposal is part of OPPD’s Corporate Operating Plan for 2023, which requires approval by the utility’s board of directors. OPPD leaders will present the plan to the board at its November meeting, and the board will accept public comments through Dec. 11.

The board is scheduled to vote on the plan at its Dec. 15 meeting. If approved, the new rate would go into effect on Jan. 1.

Under the proposal, the Fuel and Purchased Power Adjustment line item would be billed at a rate of $0.0048 per kilowatt-hour of energy usage. The current rate is $0.00186 per kilowatt-hour.

Increases are expected to vary by customer type. Residential property would see an average 2.5% increase, for instance, while commercial and industrial customers would see average increases of 3.4% and 4.4%, respectively.

Other utilities have raised both their general rates and adopted larger increases to their Fuel and Purchased Power Adjustment charge.

“We are fortunate that OPPD’s average electric bill ranks among the lowest in the region across all classes of customers, including residential, commercial and industrial,” Bishop said. “Even so, we will have our Customer Care agents ready to help any customer who is struggling to pay their utility bill, just as we always do.”