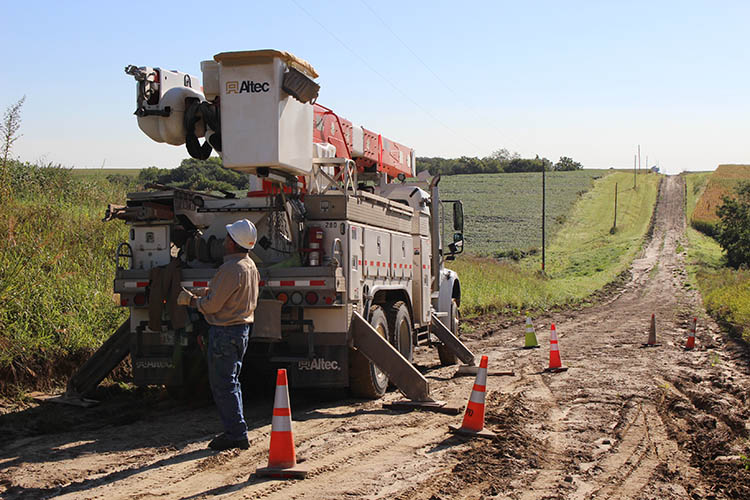 As Mike Patzel rumbles down a two-lane highway, it’s not uncommon for a passing motorist to give him the one-finger wave.

You know the one. It’s mostly seen in rural areas and usually accompanied by a head nod as the index finger raises slightly off the steering wheel.

Patzel travels as many as 700 miles in a week as an OPPD troubleshooter in the utility’s southern rural territory, so he sees a lot of finger waves.

Patzel is based out of OPPD’s Humboldt office, along with a three-man OPPD crew. The utility shares the building with Nebraska Public Power District, which also serves portions of southeast Nebraska.

On this day, Patzel was replacing a single-phase transformer to a farmer’s grain bin near Peru, Neb., and moving an outside light at a residence along the Missouri River near Rulo, Neb. That wide swath of territory is one of the things that makes being a rural troubleshooter unique.

“There’s a lot of back and forth,” Patzel said. “You might be in Rulo for one job then back over to the Kansas line for another.”

To cover that area, he said, it’s usually about a two-hour drive. In an average day, he can log as many as 300 miles on his full-size bucket truck. 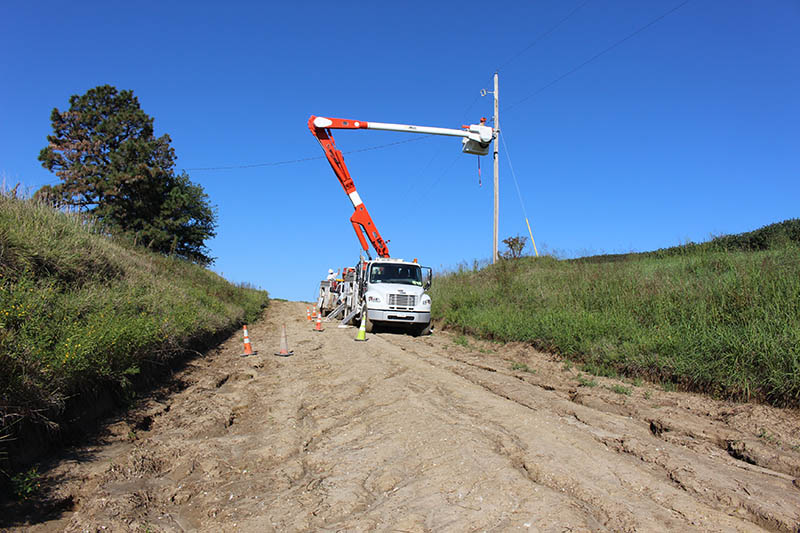 His truck is larger than those used by troubleshooters in the metro because he often has to traverse rough and muddy terrain.

“If you stay on roads or city streets, you’re fine (with a smaller truck),” Patzel said. “But if you have to go down into a ditch or field, you’re going to be in trouble.”

He encountered such rough terrain when he arrived at the site of the transformer replacement. Stretching out toward the horizon was a minimum maintenance road with deep ruts resulting from recent heavy rains. The ground was still so saturated it felt squishy underfoot.

Jobs like this transformer replacement are common, Patzel said. The duties of a rural troubleshooter involve less outages and more maintenance of infrastructure. But they are still busy when a storm causes outages, often criss-crossing the territory responding to calls, he said. 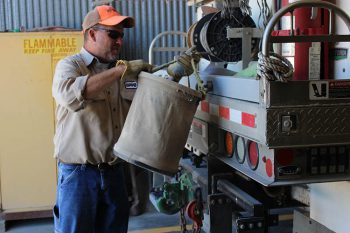 As he drove to the second job, near Rulo, he talked about work OPPD personnel did at this same housing area during the 2011 Missouri River flood. At that time, a distribution line ran right through the flooded area, which required some creativity.

Patzel described how crews were brought in on boats to shut off the transformer and reroute the power from the other side of the dyke into the houses so residents could have electricity.

“That was a little hairy,” he said.

Near Rulo, Patzel moved the outdoor light for the customer and headed west to Humboldt and lunch. More jobs – and even more miles – awaited him.

OPPD board approves budget for 2023

The $1.9 billion budget includes a small increase to a line item that covers rising fuel costs, but no general rate increase.