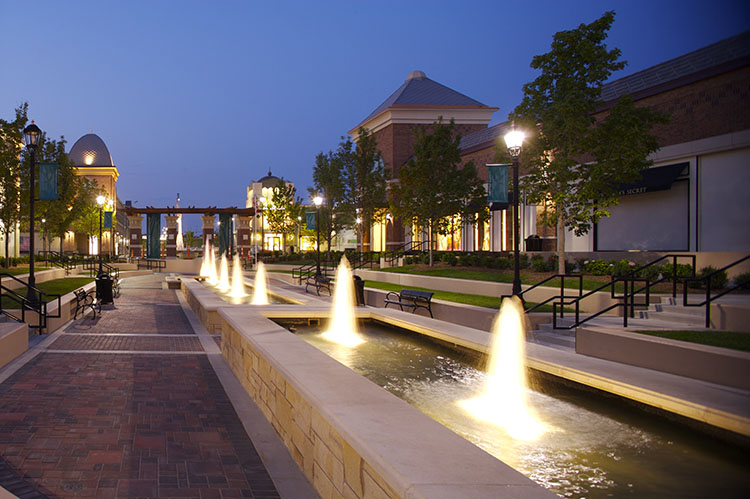 When developers looked at farmland at 72nd Street and Highway 370 in 2005, they imagined a lifestyle shopping experience that meshed big-town offerings with small-town charm.

They believed it would be a destination that would draw from the region, and spark additional growth in the city of Papillion as well as the greater Sarpy County area.

By May 26, 2007, the land had been converted into Shadow Lake Towne Center, and thousands flocked to its grand opening.

The 880,000-square-foot regional shopping center — a joint venture between RED Development and The Lerner Company — was the latest in a series of lifestyle centers for the developers, who had similar properties in Arizona, Nevada, Kansas, as well as Village Pointe in west Omaha.

Architects added a unique stamp to the development, replicating historic Nebraska landmarks in the core facades of several shops. The interpretive architecture includes features from the Rose Theater, the Durham Western Heritage Museum, the state capitol and others.

“It integrates a combination of home, fashion, grocery, discount and lifestyle retailing into one convenient location. The open-air design of the center provides optimal vehicle access to the major and junior anchors around the perimeter, as well as specialty shops at the center’s core.”

Wilkins worked with developers, OPPD engineers and field workers, and with representatives from the county and other utilities to schedule and coordinate the critical underground work. OPPD’s George Lorincz, then an electrical service designer, worked with individual tenants to ensure they had properly sized equipment to meet their generation needs.

“We anticipate 7 million visitors to the center during our first year of operation,” said Peters in 2007. That’s one reason the project was a huge economic coup for Sarpy County.

In addition, Sarpy County is currently the fastest growing county in Nebraska.

Shadow Lake Towne Center surely has factored into that success.