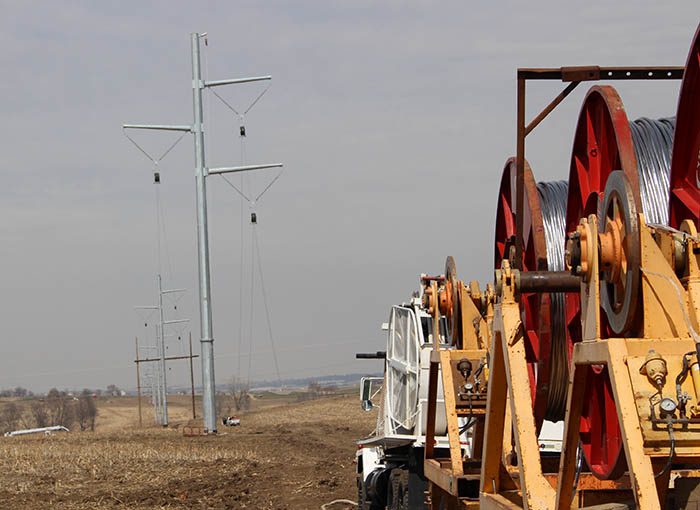 OPPD is nearly done rebuilding transmissions lines destroyed by the June 2017 tornadoes that left more than 76,000 customers without power.

The storm was the fourth-worst in OPPD’s history in terms of customer outages. But it was considered the worst ever in terms of damage to the transmission system, said Dannie Buelt, manager of Transmission Engineering.

In all, the storm damaged 106 poles along nine different lines.

“It became evident just how bad it was when line maintenance technicians drove the lines and saw it firsthand,” Buelt said. “We knew a major river crossing was down. That was our first indicator that it was pretty bad.”

Personnel did much of the restoration work in the days and weeks following the storm, but the seven-mile transmission line would take longer.

A project this size would typically take two years, Buelt said. But OPPD and its customers would need the line back in service much sooner, before the summer, of 2018 when the peak demand is high.

May 2018 is the deadline to finish the line. To expedite the project, the project used existing structure designs from a recent project. This ensured the line met current construction standards for wind and ice. The new poles would also be steel rather than wood. 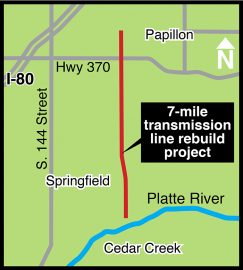 “We made the decision it would be most beneficial for OPPD in the long term to rebuild the line using modern construction standards,” Buelt said. “This is a more resilient design than the one it was replacing. It will provide additional capacity as well.”

Timberline Construction of Rapid City, S.D., is performing the work. This portion of the overall storm effort will cost approximately $6 million. OPPD will seek partial reimbursement from the Federal Emergency Management Agency (FEMA) for damage related to the storm.

As soon as the 345-kV line is rebuilt, crews will replace a temporary structure on a Platte River crossing, marking the end of the rebuild efforts from the storm. That is also expected to be done in May, Buelt said.

“Weather has been an issue for us,” Buelt said. “We are currently running a few weeks behind, but want to make up some time with additional crews, longer work days and seven-day work weeks until it’s completed. This was a pretty extensive engineering effort for us to absorb in the middle of a full spring construction schedule.” 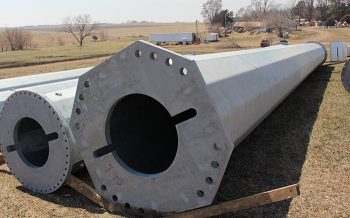 Buelt said it is uncommon for OPPD to experience storms that have such a profound impact to the transmission system. OPPD is still implementing lessons learned from the June 2017 storm.

Along with improving response processes and reaction time, the storm provided a unique opportunity to strengthen decision-making processes associated with large transmission impacts and improve system resiliency, he said.