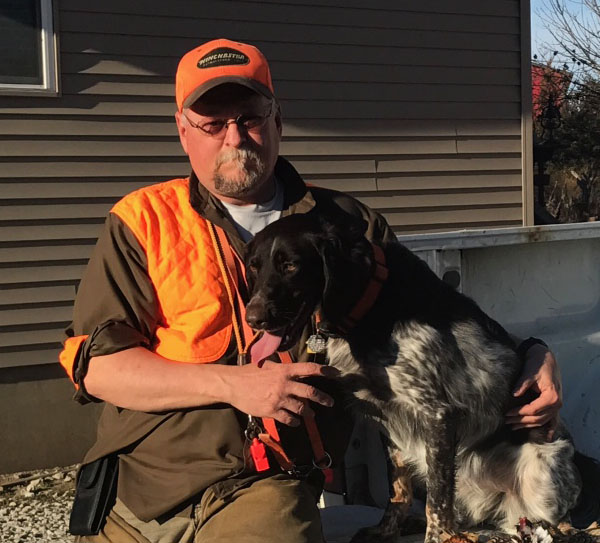 Growing up in Beatrice, Vrtiska hunted and fished. The life of an outdoorsman was what he and his brother, Mark, knew best. The brothers knew early on that when it came to make a living nature and the outdoors would have to be involved.

For Chris, it wasn’t until 2020 that he reached the place where he always wanted to be. Vrtiska is the utility’s first wildlife/natural resources coordinator after spending nearly 20 years in OPPD’s forestry department.

“I’m very excited to be in this role,” he said. “For me, this is a chance to get back into wildlife and conservation.”

The pandemic slowed down and changed how Vrtiska transitioned to his new role.

“Normally, I’d be popping into people’s offices and going around introducing myself, so that is different,” he said.

But he already knows most of the people and organizations he will deal with in his new role, thanks to his many years as an outdoorsman and through his brother. Mark Vrtiska is the waterfowl program manager at the Nebraska Games and Parks Commission.

“Still, it would be nice to be able to talk to people in person about my new role and what we are doing at OPPD,” he said. “But I’m still excited beyond explanation.”

Vrtiska’s new role was created due to an increase in work related to wildlife and natural resources. Prior to its creation, the work that was spread out among several employees throughout OPPD’s operations.

“We saw a need to create a position that looked at all these issues in a holistic way,” said Bryan Lorence, manager or Environmental Operations at OPPD.

Lorence said Vrtiska will be responsible for administering the utility’s Avian Protection Plan. That work consists of coordinating compliance with state and federal regulations to protect and conserve avian and other wildlife populations. Species can be at risk from interactions with facilities and work done by OPPD.

“Chris has an extensive background related to avian protection and natural resource work,” Lorence said. “He played an integral role in authoring our Avian Protection Plan. His previous role (supervisor of Transmission & Distribution Maintenance Management) will be useful in this role. He understands the challenges associated with protecting wildlife while also maintaining focus on utility operations.”

Vrtiska majored in natural resources and wildlife management at the University of Nebraska Lincoln. But upon graduation in the 1980s, he said the job market was tight, especially when it came to state and federal jobs, which is where the majority of jobs in that field are found.

“I got funneled into a different job, OPPD was looking for a forestry person and I was always interested in trees,” he said. “I knew OPPD had a good reputation, so I pursued that job.”

Vrtiska is working on two big projects right now: the Prairies in Progress initiatives and the Avian Protection Plan. He will look at whether the current seed mix is right for OPPD’s prairies and how to expand the program. He will also spend a lot of time in the field – something he is used to – and pour over large amounts of data.

“I liked what I was doing before, but now I’m doing my part for environmental stewardship on some tangible projects,” Vrtiska said. “It took me a while to get there, but it is truly a dream come true.”