New round of boot camps bring out the best

It’s becoming a common sight around OPPD’s Elkhorn Service Center: A group of potential new hires, stretching and getting ready to showcase their skills in hopes of someday wearing OPPD orange.

On a recent October morning, seven people turned out for a streetlight apprentice boot camp.

Trying out for a career

The applicants are usually a little anxious, even nervous, which is natural. It’s like a tryout for a few open positions.

For OPPD, boot camps are becoming the preferred way for the utility to hire Transmission & Distribution personnel. 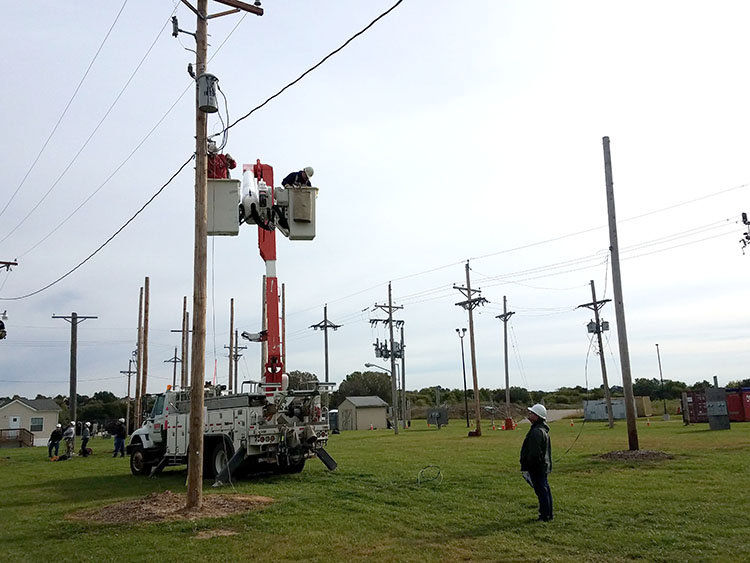 Usually, OPPD supervisors like Tim Potts are there, too, evaluating the applicants.

At this particular streetlight boot camp, Potts was pacing the area, talking to the “recruits” and sounding like a football coach rallying his team.

“Pretty early here,” Potts, a field supervisor, said in his opening remarks as the sun rose on the horizon. “You guys ready to work? Gonna see steam coming off you pretty soon.”

Jerry Webster, field supervisor at the Elkhorn Center, said they decided to hold their first streetlight boot camp to evaluate talent and see firsthand how they would perform in the field. 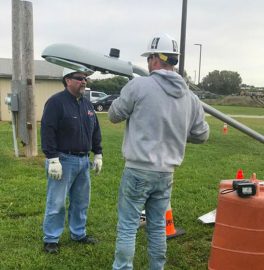 The applicants completed several rotations through different stations, with evaluations completed after each.

“Most of these applicants came from line school and have worked at local utilities doing internships,” Webster said. “We get to see them climb poles, work with tools, change fixtures and pull service wires. This is the same stuff they are doing in the field and we get to watch them perform.”

Five candidates had interviews after the boot camp and two were hired as apprentices.

“The boot camp allows us to find talented and safe workers to join OPPD,” Webster said.

Looking for the best

Danko Pike, a 21-year veteran of OPPD, now a working line crew leader, helped select the new hires from a spring boot camp. That was the third group hired through the process. Pike said it allows OPPD to hire “the best of the best.”

Another line technician boot camp was held Oct. 26 and 27 at the Elkhorn Service Center. Potts said they expect to hire 10 line techs from the 58 who applied for the openings.

“With the boot camps we can see their abilities, their attitude and how they work in a team,” Potts said. “The best thing about running the boot camps is watching the engagement and ownership of the employees that are evaluating the candidates. They are really looking to find the best employee for OPPD.”