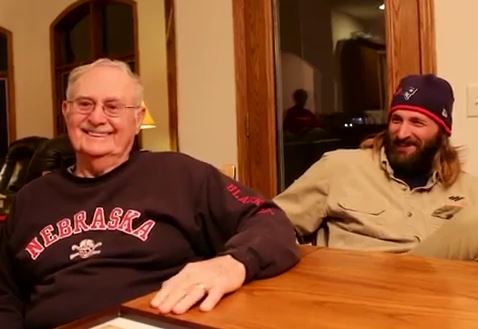 For Joe Benak and his son, Dave, OPPD is family. Between them, the pair have spent more than 50 years serving their community working on power lines.

Father and son developed a special bond over their shared career – the importance, difficulties and dangers. You can talk about the work, describe it to others, try to explain what it’s like 20 or 30 feet in the air, working on a power line while ice pelts you in a driving wind. But until you’re up there yourself…

“We talk about the job,” Dave said. “I’ll tell him how cold it was that day, and he’ll tell me how late he slept and how warm it is in the house sitting in the recliner.”

dad on the line 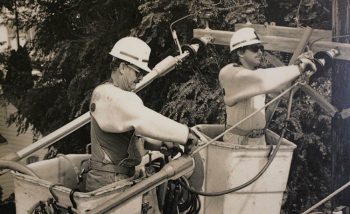 When Joe was outside and up on the lines, young Dave was inside the warm house playing with “Star Wars” toys. “The job paid for those toys,” he said. “and all the presents under the tree.”

Inside a warm house playing with action figures, that’s probably  what Dave’s 6-year-old son was doing at that very moment, he said, while driving to meet a crew outside of Blair, Neb. The crew was replacing a pole on a cold but sunny winter day.

“He loved this company, he loved working here,” he said of his father. “OPPD provided a good life for him, and it’s doing the same for me.”

“He still talks about OPPD to this day, all the time,” she said. “When we’re driving around he’ll still point out all the poles he put up and all the lines and how high up the poles were.” 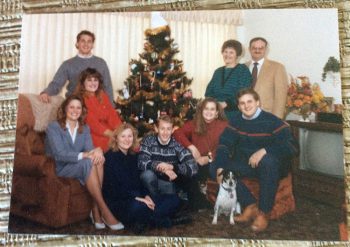 Dave, 42, the sixth of seven children, started working at OPPD in 1997, shortly after his dad retired following more than 33 years as a lineman. OPPD has a long-standing policy that relatives cannot work in the same division or that one relative could ever be in a supervisory role over another relative. So Dave had to wait until his dad retired to apply at OPPD. Once he decided he would be a lineman, OPPD was always the goal.

Joe, now 77, was a mechanic at Union Pacific before going through OPPD’s apprenticeship program. The two never really talked about work until Dave began school to become a lineman. At first, dad wasn’t thrilled. Now, they can talk shop.

The work is hard and dangerous. The hours can be long. When weather hits and outages are widespread, you may only be home long enough to shower before going out again.

“But the most important thing was that I was happy, and as a dad, that’s what I want for my son, too,” Dave said.

Dave said linemen from his dad’s generation didn’t have the benefit of the tools used by today’s linemen, but there was more climbing. Otherwise, the job is still generally the same.