Defueling is over, but work continues at Fort Calhoun 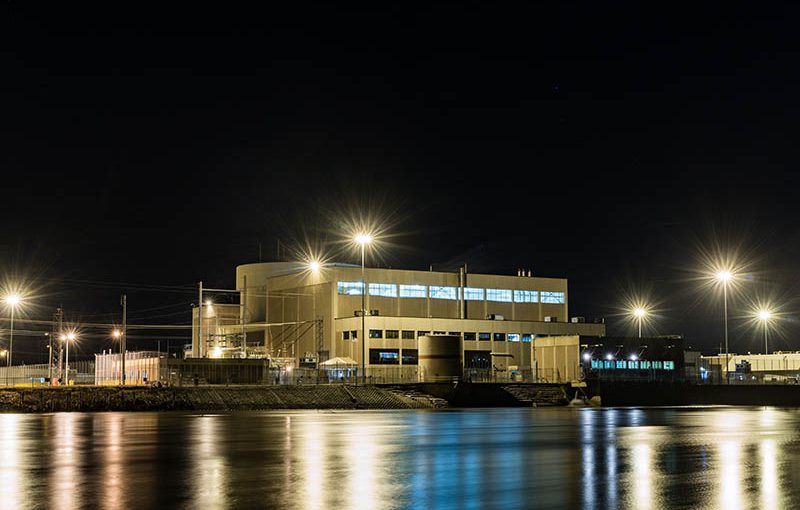 Once the decision was made in June by OPPD’s Board of Directors to cease operations, a plan was put together to safely take the plant offline and prepare for its long-term future in SAFSTOR. 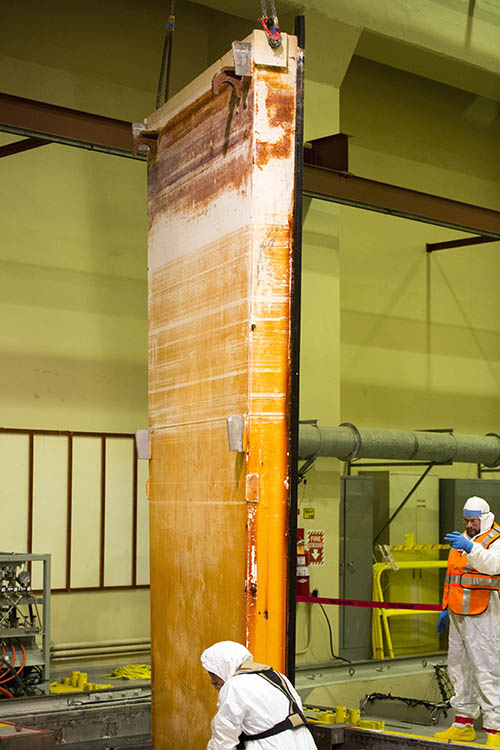 Under difficult circumstances and with an accelerated plan, plant crews performed all tasks without injury, contamination events, under radiation dose goal and ahead of schedule and under budget.

It all came down to planning, execution and focus, according to several FCS employees.

“The fact that we were able to plan and prepare for the power coast down and shutdown in only a few months, and execute it safely, was a huge deal for the station,” said John Musser, superintendent, Shift Operations. It was near the end of his work day, and Musser was looking at a report that summarized the defueling work. “Look at how we met our dose goal. Those are the kinds of things that get you in trouble if you can’t keep to the schedule and waste time. When the job takes longer because of poor preparation or you start having human performance events, the dosage numbers go up.

“These numbers tell me we were very well-prepared. We didn’t just execute well, we prepared well.”

Musser said a lot of people, himself included, had to deal with a lot of different emotions while doing the work. Musser sometimes found himself getting caught in the moment, when the plant tripped for the final time, or when the last fuel bundle was removed. 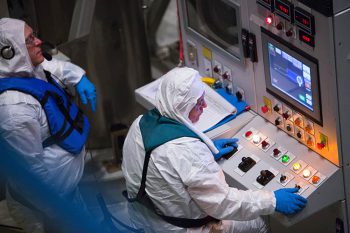 “In the midst of all that has occurred in the last few months, our employees continued to keep that focus and commitment to safely shut down and defuel FCS,” he said. “Their families and the public can be very proud of the work they did.”

Musser credited the leadership of outage manager Craig Longua in keeping crews focused and motivated yet respecting the historic work.

Longua thanked workers from Nebraska City and North Omaha stations who traveled to work normally done by contractors. This allowed OPPD to save significantly by keeping nearly all of the work in-house.

“I’m very proud of how we did it, but sad that we had to do it,” Longua said. “Every day someone would come and make a comment like, ‘wow, this is the last time I’m lifting the reactor head,’ so we had to watch out for each other and sometimes say, ‘ok, he’s distracted, he’s having a rough time today, so how can we make his day a little better,’ or ‘let’s not put him in a bad situation.’”

Officials said the work will shift from safely producing nuclear energy to demolition work and decommissioning of the plant.

“It is different,” said Tom Muff, superintendent of maintenance. “We are going to be doing some things we’ve never done before. We’ve never torn things apart. And while it’s different, we still need to focus on safety and working without human errors. People want to finish this the right way.”

Spent fuel remains in the fuel pool, and it must be protected, Muff said. And there is environmental safety to think about. For example, one of the first tasks done after defueling was draining nearly 10,000 gallons of lube oil from the turbine building. Personnel had to drain the oil safely and keep it out of the drain systems.

Another big task yet to come is removing asbestos on both the radioactive and non-radioactive sides of the plant.