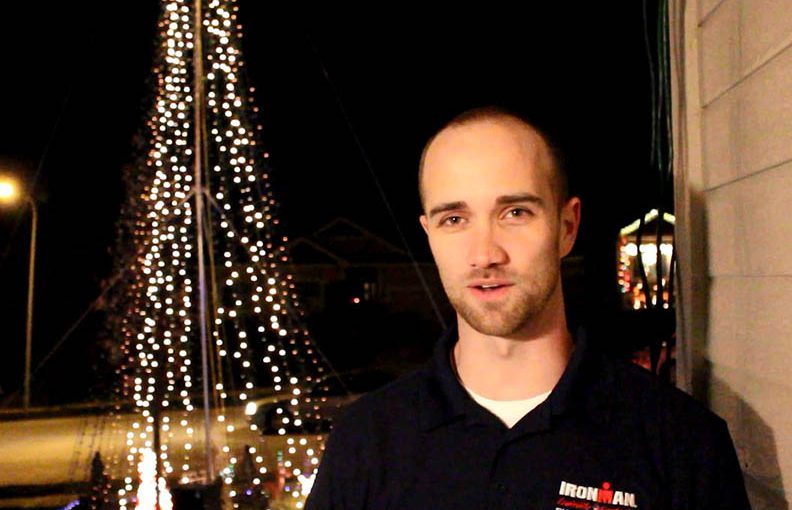 Lammers, of 2524 N. 133rd St., remembers when he started helping his dad light the family house. He kept pushing for bigger and better displays.

He also remembers the first year the “icicle”-style lights came out. The family had to drive to multiple stores to find the popular lights.

Doug Carroll’s grandfather’s house, off 45th and Harrison streets, was often featured in Omaha World-Herald stories on the top holiday light displays. It was a rite of passage when his own father let him climb onto the roof to hang lights.

As an adult, Carroll, who lives at 14205 Tregaron Drive in Bellevue, decided to go all out when his young son, Matthew, saw a lighting display complete with a Rudolph the Red-Nosed Reindeer and went crazy for it. Seeing his son’s reaction, Carroll said he had to do something similar at his own home.

“Our inspiration was the Griswold family Christmas display,” Carroll said, referring to the popular movie, “Christmas Vacation.” “You see the lights that kind of encase the house, there aren’t 10,000 Italian imported twinkling lights, but there are about 11,000 on the house – incandescent lights.”

Both men love to see how their light displays light up the faces of both their children and the many strangers who drive by to look at their homes. A lot of work and planning goes into their displays.

Lammers said he starts planning his out in the summer, using Excel spreadsheets and spending countless hours programming the music. 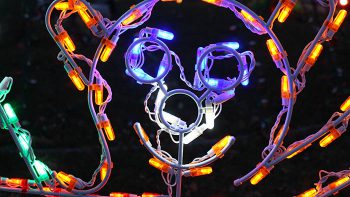 “Probably the most interesting thing that shocks a lot of people is programming the songs,” Lammers said. “I think we have 11 songs this year that we play on a loop and they will take me about six to eight hours per minute of song to program.”

And he uses about three miles worth of extension cords.

Both Lammers and Carroll said they add more and more LED lights each year. They are more expensive, but they help save on their electric bill during the holiday season.

Lammers’ display also brings in money for a good cause. He has donation boxes set up for the Make a Wish Foundation, a cause his family believes in and supports.

Both men love the season and hope their hard work helps others enjoy the season a little more.