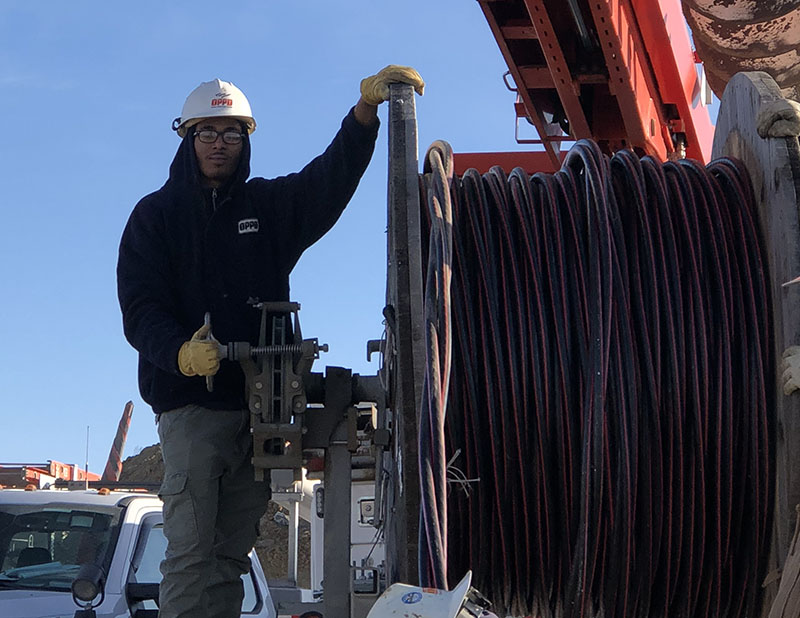 Jamaari Foster was pretty scared when he reported to his first day on the job. A high school senior with hardly any experience handling a tool – much less climbing power poles – Foster wasn’t just outside his comfort zone.

In a way, it was like learning a new language.

“When he got here, he didn’t even know any of the lingo,” said Brandon Parmer, field supervisor Transmission & Distribution at OPPD’s Omaha Center. “And this can be a tough crowd, not easy to ingratiate yourself.”

Foster was one of the first Legacy I3 students to join OPPD’s Transmission & Distribution department as a line tech. He’s made it through the year-long boot camp and his internship and now he’s weeks away from graduating with his associates degree from Metropolitan Community College.

He’s ready to “leave the nest and fly,” Parmer said. And he’s much further ahead than others his age, thanks to going through OPPD’s Legacy program.

A lot of the credit for that goes to Parmer, Foster said.

But the credit goes to Foster, Parmer said. He’s the one who showed up, took the initiative to learn the trade, sought help from those around him and “worked his tail off.”

His attitude and willingness to learn helped him win over co-workers.

“A lot of them told me they would have loved to have had an opportunity like mine and that I should make sure I make the most of it,” Foster said. 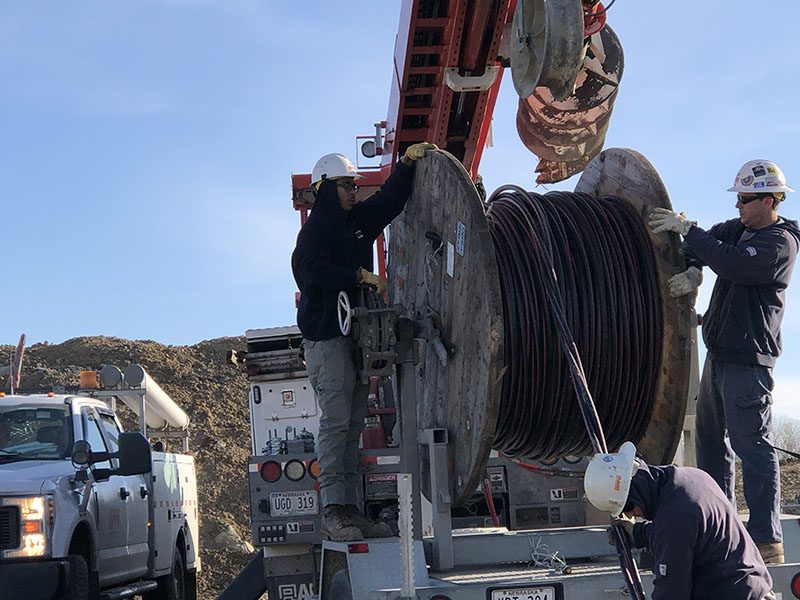 Foster’s father, Justin, said his son has always been mature and responsible. He said he’s proud of Jamaari for what he’s accomplished and the hard work he has done. It’s clear to Justin that his son is enjoying the work and the people.

“All he talks about is his foreman, and this guy, Carlos. I can name off some of the guys he’s always talking about,” he said. “They have received him with open arms. It’s not all Jamaari’s doing, it’s the people of OPPD.” 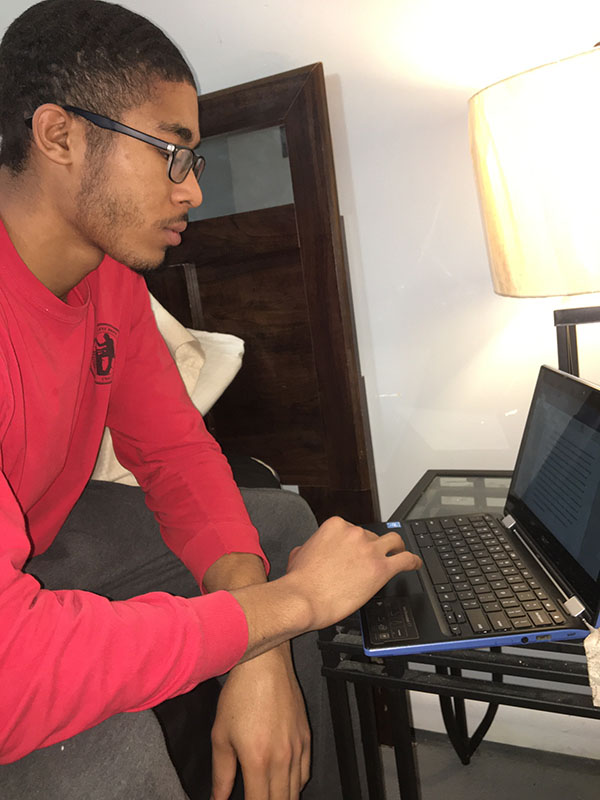 He said Jamaari is doing all he can to secure a job at OPPD, but also knows it is competitive.

“I know I’m going to have to go out and work at another utility once I graduate,” Jamaari said. “But I’m doing everything I can to be ready for the lineman boot camp this fall.”

Parmer said that plan is the best thing he can do: get out and gain more experience. Foster has the benefit of having interned at OPPD and learning from the best – other OPPD line techs.

Training for a career 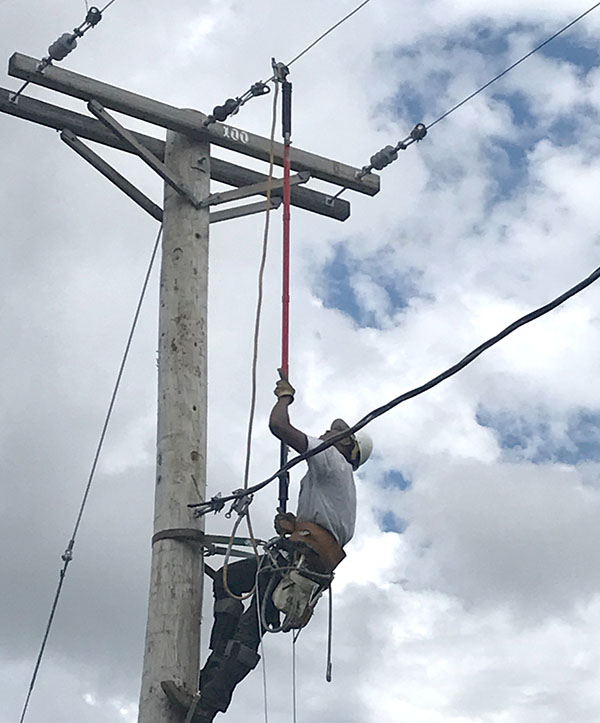 On the south side of the Omaha Center are a series of power poles, one leans to the west, on purpose.

“That’s because not all the poles these guys encounter in the field are perfectly straight,” Parmer said.

Parmer came up with the idea of setting up a training area where apprentices and interns to practice their skills. Foster and some other interns helped install the poles, he said with pride.

“It’s great to see them get out there and work on the poles,” Parmer said. “It’s funny, but when they do it, the guys will yell up there and give them a little crap. But pretty soon they are giving them tips and helping them figure out how to do it better. It’s pretty cool.”

Foster said he knows he’s so much farther ahead than he would have been thanks to the Legacy program. Before the program, he didn’t know what he wanted to do. He was considering a business degree, until he heard about what linemen do.

“It just sounded like the thing I wanted to do, could see myself doing,” Foster said. “I’m ready to start working, ready to get out there. But OPPD is my goal, this is where I want to work. I’m going to keep training to get it.”