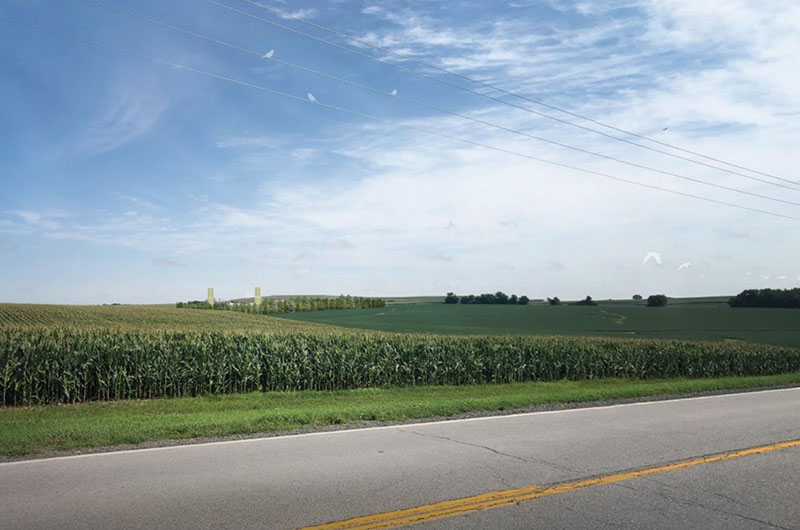 In what OPPD officials call one of the most significant journeys the utility has taken — its bid for net-zero carbon production over the next 30 years — comes the next major step.

At the September meeting of its publicly elected board of directors, OPPD officials announced the plans and locations for two, new natural gas generation facilities to support growth in the region while ensuring high reliability.

The two facilities – one in Douglas County and the other in Sarpy County – will support the utility’s previously announced plans to add 400 to 600 megawatts (MW) of utility-scale solar to its generation mix. Both sites would include generation and substation facilities.

The backup natural gas portion of what OPPD calls “Power with Purpose,” was presented to the board during its September committee meeting. The proposed plan meets all regulatory industry guidelines as well as local guidelines for sound and aesthetics. Power with Purpose also honors OPPD’s commitment to no general rate increase for a fourth consecutive year.

One site is west of the Sarpy County landfill tucked into farm land between 156th and 168th streets. That site features two, simple-cycle combustion turbines. 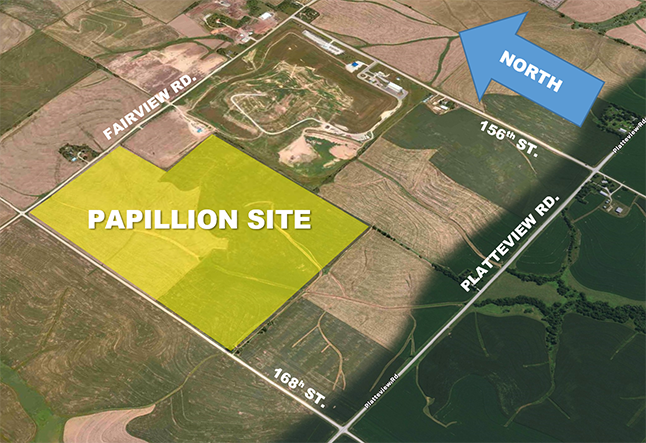 The Douglas County site is near North 120th Street and Military Road. This site would feature six to nine reciprocating engines. The technology used at both sites allows the facilities to ramp up quickly to support solar generation and meet demand when it is highest. OPPD estimates the facilities will operate 10 to 15% of the time, and only as needed. 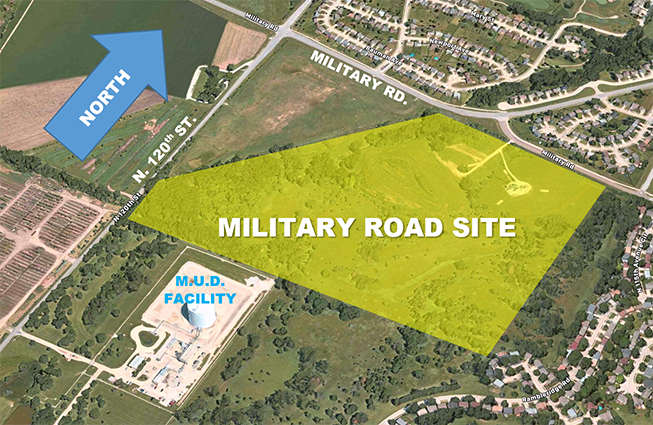 OPPD performed a great deal of analysis when considering the sites’ locations. Because they involve critical infrastructure, OPPD officials feel the two sites provide the best economic benefit and most efficient solution in terms of reliability and meeting energy industry regulatory guidelines.

As a result, OPPD has kept Metropolitan Utilities District and the City of Papillion, among other entities, and the utility board of directors updated on the plan. The utility has a strong, successful relationship with both entities regarding infrastructure and economic development.

Customers can visit OPPD’s community engagement website for renderings and detailed information about the sites.

Mary Fisher, vice president of Energy Production and Nuclear Decommissioning at OPPD said the need for OPPD’s reliable and resilient system was evident during last year’s historic March flooding. Nebraska suffered millions of dollars in damages from the flooding.

“This is a proud day for OPPD,” Fisher said. “Across the district, our teams and external partners put in a lot of work to make this project happen.”

The natural gas backup plan also includes voltage-control measures, which maintain a consistent quality of electricity for OPPD’s customers. These devices work much like water pressure in pipes, providing consistency of water pressure when the faucet is turned on.

But the journey towards this moment started several years earlier.

In 2019, a cross-functional OPPD team initially looked at 70 million scenarios before narrowing it down to a workable number and landing on a solution that aligns with the utility’s mission and vision. The utility-scale solar plan was the result of that planning and work.

In total, from 2010 through 2024, OPPD estimated a 30% reduction in carbon dioxide (CO2) emissions. The utility expects an 80 to 90% reduction in CO2 emissions at NOS due to the Power with Purpose plan.

Step in the journey

The journey towards increasing environmentally sensitive generation has also been years in the making. In 2014, OPPD sought and received customer feedback through outreach efforts to help set a new generation portfolio.

OPPD’s path towards renewables continued to grow. The utility met its original goal, set in 2009, for 10% renewables six years early in 2014. In 2019, OPPD sold out its first community solar project in a matter of days. Nebraska may not have the sun intensity of the southwestern United States, but there is still plenty of solar power potential, according to the National Renewable Energy Laboratory.

Burke said OPPD’s load continues to grow and the utility must add new generation to make up for not just retired coal units at NOS and the decommissioning of Fort Calhoun Nuclear Station, but other generation requirements around the region. Beyond Nebraska, other utilities have also retired units, such as those at MidAmerican Energy’s George Neal and Walter Scott power plants in Iowa.

“As we continue down this journey that we began in 2014, it’s exciting to see the work come together,” Burke said. “The future is bright, and we are so close to what we envisioned for our utility and the communities we serve.”

OPPD has a legal obligation to serve all customers in its service territory. It must maintain reliability standards set by regulators such as the Federal Energy Regulatory Commission (FERC), the North American Electric Reliability Corporation (NERC), the Southwest Power Pool (SPP) and the State of Nebraska.

Regulations call for OPPD to guarantee a supply of power for the utility’s highest level of peak demand plus 12%. Such regulations ensure the country’s transmission grid remains reliable for customers — in the simplest terms, keeping the lights on for everyone.

The addition of the natural gas facilities along with the announcement of utility-scale solar — expected later this year — go a long way to ensure OPPD maintains its high levels of resiliency and reliability.

Joe Lang, director of Energy Regulatory Affairs at OPPD, said one of the top priorities for NERC is balancing the increasing amount of renewable, or variable, generation.

“There is a push in the industry, especially in our region, to make sure we maintain grid stability which requires necessary support from flexible generation” Lang said. “That’s why the natural gas piece of this is so vital. It helps us make sure we are doing our part in helping NERC meet that priority and making sure the grid remains reliable and resilient.”

Beyond requirements for reliability, Burke said it is also important for OPPD to emphasize resiliency. The natural gas component is an important piece. It will help OPPD maintain resiliency, or how quickly the electrical system can respond to major outage events like storms. Burke pointed to infrequent yet high-impact events like floods and tornadoes, which the region has experienced in recent years.

Later in September, OPPD will submit its plan to the needed energy regulatory agencies. Agencies such as the Southwest Power Pool will also conduct studies related to the plan, Lang said.

In the coming weeks and months, OPPD will continue to update customers on the utility’s plans and progress.