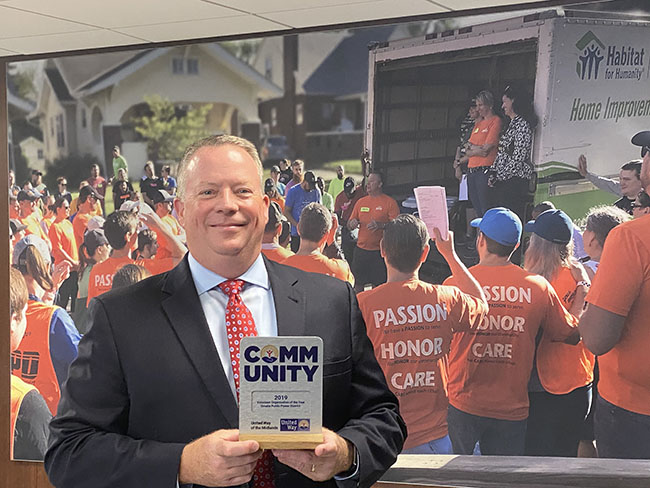 Burke took over as the utility’s 12th CEO in 2015 after the retirement of Gary Gates.

Burke said as part of the utility’s succession planning, he began thinking about when the “right” time to retire would be. The fact that he has a sixth grandchild on the way – hundreds of miles away on the East Coast – also played a big part in his decision. He will continue with his community leadership work, he said.

“Looking back at what we set out to accomplish five years ago, we have done what we have said we would do and have set up the organization extremely well,” said Burke. “This isn’t a CEO driving it, this is the entire organization doing so. We are doing things other electric companies and utilities would like to do. We are truly leading the way in so many different ways. I’m incredibly proud of the work we’ve done.”

Burke cited the strategic initiative and directive work done over the past five years with setting that course. OPPD is sound financially thanks to the process improvement planning and generation work, and the system is resilient, as evidenced by how it has handled flooding, derecho wind storms, polar vortexes and other weather threats.

And the utility has been recognized for strides made in its focus on its customers and lauded nationally as one of the country’s top economic development utilities. That customer focus has been a big part of Burke’s work, making sure existing customers grow and thrive while also drawing new companies to the area by being proactive partners in growing the region.

Burke said he takes great pride in the utility’s safety record; 2020 was OPPD’s safest year on record, despite many changes in the work environment across the district due to the pandemic.

Burke also knows the leadership talent pool is deep in the organization, something they set out to do five years ago through a focus on training and development programs. The senior management team are all on the same page represent a variety of diverse backgrounds and skills.

“We are in great hands,” he said. “Our outlook is amazing and our course is set.”

Burke and his wife, Terri, have three married sons as well as five grandchildren – with a sixth on the way – and they made a commitment years ago to be very present in the lives of their grandchildren. With four grandchildren in Omaha, that made things easier. But they want to be there for their grandchildren in New Hampshire in the same way, “while they are young and not teenagers who will get sick of having us around all the time.”

OPPD’s Board of Directors plans are to choose a replacement for Burke from within OPPD’s ranks, an endorsement of the current state of affairs in the utility and the job Burke has done since becoming the head of the utility.

Burke’s tenure as CEO will be remembered as one of transition while bringing the utility to new levels of transparency and performance. When he became CEO, OPPD initiated utility-wide lean financial work. Burke also made what he called “the most difficult decision” he’s ever made or been involved with, recommending the ceasing of operations at the Fort Calhoun Nuclear Station (FCS) due to financial concerns and economies of scale at the country’s smallest nuclear plant.

Under Burke, the company continued to achieve financial stability and five straight years of no general rate increase, which is now in its fifth year.

Burke’s time at OPPD included a transition to more renewable energy and the commitment to be a net zero-carbon emitter by 2050, introducing OPPD’s strategic directives and vision, mission and values, and developing a nationally recognized economic development program.

Burke is known as a skilled communicator and empathetic leader who champions diversity and inclusion in the workplace. OPPD has one of the region’s most diverse senior management teams. Burke has helped usher in programs ranging from Legacy I3, a national program that introduces high school students from diverse backgrounds to careers in the energy industry, to a series of workplace meetings about inclusion that has been carried out over the last several years.

“OPPD is proud of its inclusive culture, empowering our employees to bring their whole selves to work every day in service of our customers,” Burke said. “We support all our employees, their families and the communities we serve. I’m proud of how employees live out our core values each and every day.” 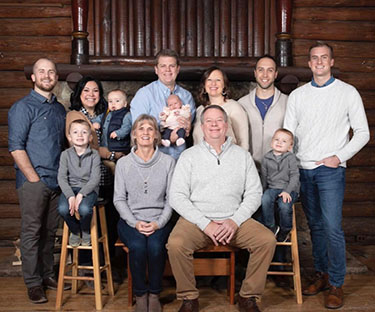 His communication skills were recently on display when he testified before the Nebraska Legislature’s Natural Resources Committee on the polar vortex and the need for controlled outages in the region during that event. Burke and other state utility leaders helped the senators understand the complicated issues that played into the need for short, localized outages to help protect the greater interconnected power grid.

He has also been heavily involved with Offutt Air Force Base and StratCom, and cited as one of the area’s leaders in recent efforts to bring the U.S. Space Command headquarters to Offutt, an effort that is still underway.

The board has indicated the search for Burke’s replacement will be a thorough and transparent one and the hope is to have that person hired in May. That will allow the next CEO to spend time working with Burke on the transition before the July retirement date. The transition is expected to be a smooth one, with a replacement coming from within OPPD’s ranks.

“It really speaks to the state of the utility being in a very strong position,” said Amanda Bogner, OPPD Board Chair, of the decision to hire the next CEO from within.

Craig Moody, former Board chair and current chair of the Governance Committee, said both the Board and Burke consistently stressed the importance of retaining talent. He said Burke did a great job building the team, and both board members agreed the right team is in place to take the utility into the future.

The public will have an opportunity to provide input about the leadership qualities they wish to see in OPPD’s next CEO. A feedback form on OPPD’s community engagement website will be available for two weeks, from Tuesday, March 16, to Friday, April 2.

Burke is confident the utility will be in great hands and the next CEO will help guide it into an ever-changing future.