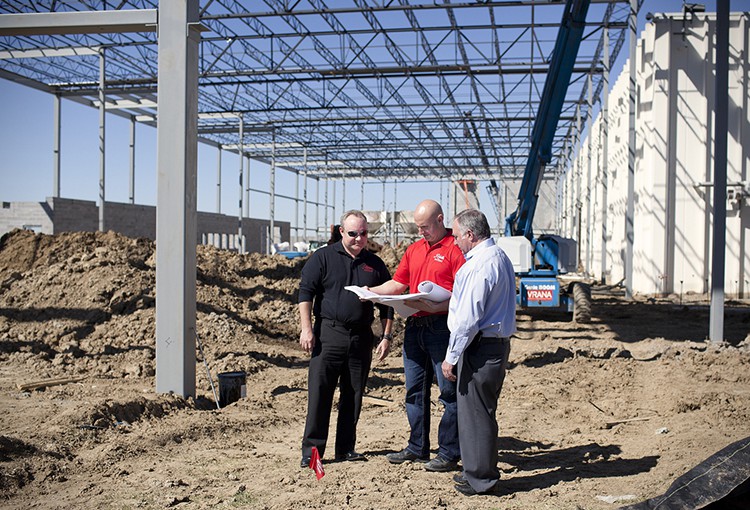 Times and techniques may have changed, but for Rotella’s Italian Bakery one thing remains the same: Great bread.

Soon, the family will make more of it when the largest expansion in company history is completed early in 2016. It’s a far cry from the 1920s, when Alesandro Rotella sold hard loaves out of a horse-drawn wagon in South Omaha.

The new, 56,000-square-foot facility will allow the Rotella family the flexibility to run more production lines and keep up with current and future demand. It’s a project many years in the making that has gone through several proposed variations.

Stew Quaas, OPPD account executive for Rotella’s, called it a “major expansion.” It also meant a nearly 30 percent increase in energy capacity for what is one of the utility’s largest clients.

An expansion like Rotella’s meant OPPD had to change how electricity is distributed to the plant at South 108th and Harrison streets in La Vista. The work included adding a switch in front of the transformer.

“It’s a very significant expansion, both for Rotella’s and for OPPD’s service territory,” Quaas said. “With this expansion, Rotella’s is adding jobs in-house, which in turn adds jobs into the market to support that infrastructure, so it’s good for the economy all the way around.”

As an account executive, Quaas is always checking in on existing customers, making sure their energy needs are being met.

Throughout the project, Quaas has worked closely with the Rotella family as well as the contractors involved with the project. One of those contractors, Vrana Construction, have been working with Rotella’s since the very beginning of the business.

Several generations of Rotellas have grown the company from its simple roots as a small bakery to one of Omaha’s best-known brands, and a producer serving grocery stores and restaurants all over the country.

Rotella’s President, Louis Rotella Jr., recalls those early days, perched on top of a milk crate, learning to make hard rolls under his father’s watchful eye. It was the beginning of what would become a partnership between father and son, who together saw the company through decades of growth, expansions and the transformation of the Rotella’s company.

Rotella’s sold its first solid loaves of breads in paper sacks. Now, the loaves ship all over the country, each one packed in a plastic bag with the familiar family name printed over an Italian flag.

They’ve stayed true to those first recipes, which can be traced to Domenico Rotella. Their ancestor baked specialty breads for the villagers of Calabria, Italy, starting in 1850 and eventually passed his knowledge on to his son, Alessandro. Alessandro Rotella eventually moved on from the horse-drawn wagon to the family’s first bakery at 2117 Pierce St. 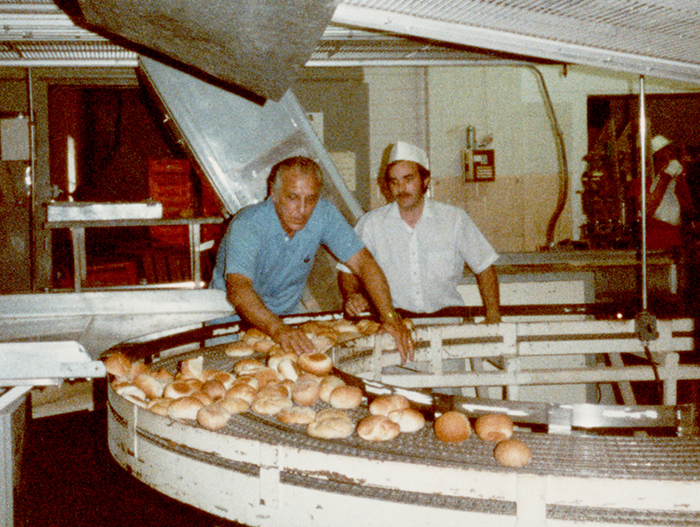 Louis Rotella Jr. said the company has been continually growing ever since the decision was made in the mid-1980s to start distributing to grocery stores nationwide around the country.

looking to the future

Innovation is something in which the Rotella family takes great pride. They work with chefs from all over the country.  A test kitchen creates and collaborates on new products.

Plant manager John Rotella said they will add more production equipment and lines when work is done. He expects an enhanced spirit of innovation in the coming years.

“We are unique in that we design products for our customer,” John Rotella said. “We give our customers something different than what is in the market.”