These fangs may drain your wallet 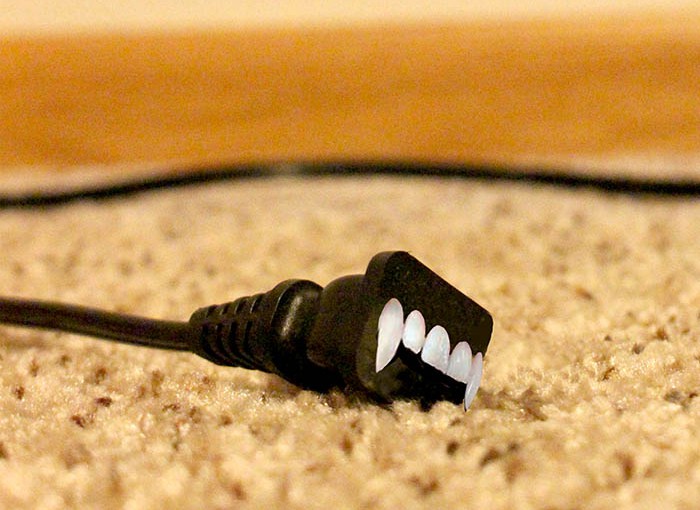 How many TVs are in your home? How about cable boxes? Cell phone chargers? Video game consoles?

Did you know these electronic devices are using energy even when not in use? Known as vampire energy, ghosting, or standby power, energy usage from devices like these can add 10 percent or more to your monthly electric bill.

But there are steps you can take and best practices to implement to combat vampire energy.

Standby power costs Americans $19 billion each year, or about $164 per year for the average household, according to a study performed by the National Resources Defense Council.

These devices are always drawing power, even when they aren’t charging. The average charger consumes .26 watts of electricity when plugged in and not in use, and 2.24 watts even when a fully charged device is connected to it.

Even when off, cable boxes consume an average of 17.83 watts. Cable boxes with a DVR component are worse, using an average of 44.28 watts when not recording, with the TV turned off. But even when turned off, DVR cable boxes draw 43.46 watts. The best solution? Unplug them completely when not in use.

Tools you can use

OPPD has Watt Detector kits available at all Omaha metro area libraries. These kits measure energy usage of device throughout your home. Visit oppd.com to learn more about your energy usage.