Scammers quick to capitalize on pandemic 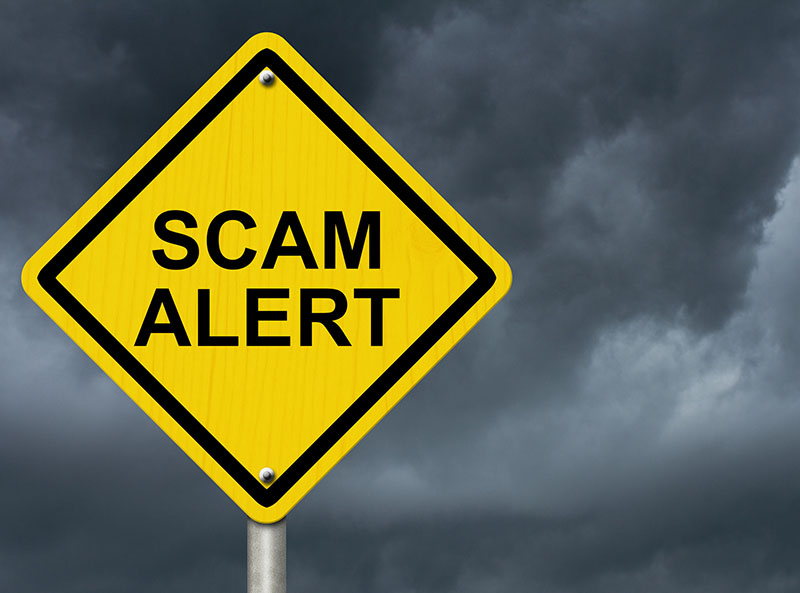 The scam targeting utility customers across the country has been ongoing for years. But as we know, this year is like no other. And scammers in 2020 are taking advantage of that.

“We’re at an all-time high,” said Nitin Gambhir, supervisor of Customer Care Services at OPPD. “Scammers may be trying to capitalize on the pandemic, hitting customers when they are most vulnerable. They know our customers need electricity now more than ever, with so many working and learning remotely.”

The scammers’ tactics are typically the same: They falsely claim to represent the utility in order to convince customers they owe money. They’re usually aggressive, and try to intimidate customers into using a pre-paid card to settle up. They threaten to disconnect service if customers do not pay. And they often use “spoofing” technology so caller identification appears to show a legitimate OPPD phone number.

New twist on an old scam

This year, we’ve seen some new twists as scammers try to take advantage of customer vulnerability during the COVID-19 pandemic.

In April, scammers told some customers that they’d need to replace their electricity meters, and that the customers were responsible for the cost. They provided a toll-free number for the customer to call back in order to make the payment.

“We don’t charge for meter replacements,” Gambhir said. “So that is a big tip-off that you’re not talking with a real OPPD employee.”

This past spring, a number of OPPD customers also reported receiving calls from employees who falsely claimed to work for “Nebraska Public Power District,” with “NPPD” showing up on their caller identification.

“That one was a little more obvious to our customers,” Gambhir said. “And it was a clear indicator that the scammers are not from around here, or they would have known which utilities serve which areas of Nebraska.”

In September, automated scammer calls went out to a number of OPPD customers spoofing legitimate OPPD phone numbers. However, the recording instructed callers to “press one” to make a payment. Doing so would take customers to a non-OPPD number, and directly to those who want to steal their money.

In October, the utility received reports of customers receiving text messages. Those texts demanded payment via a bar code. “This shows the level of sophistication we’re dealing with,” Gambhir said.

This past fall also saw another new twist on the old scam. Some customers reported receiving phone calls, demanding that customers go to various west Omaha “kiosk” locations to pay. Callers claimed the kiosks allowed for “contactless payment” in light of COVID-19. The scammers then followed up on those phone calls by texting customers a QR code and instructing them to use that code to make their payments.

“These were not OPPD kiosks, and we we would never make customers pay via kiosk. And not with QR code,” Gambhir said.

OPPD is part of Utilities United Against Scams, a partnership of utilities from across the country to learn and share best practices on scam prevention. The utility is also working with others closer to home, including Lincoln Electric System, Nebraska Public Power District, and MidAmerican Energy.

“We’re working to raise more awareness, and we’re trying to track local trends so that we can warn one another when a new wave of calls may be coming,” Gambhir said.

OPPD also relays information about scammers’ phone numbers to the Nebraska Attorney General’s office. And the utility works with a leading registry management company that manages more than 40 million toll-free phone numbers. Through that partnership, OPPD can report specific toll-free numbers scammers use, as reported by customers, and get those numbers shut down.

“Those with any questions about their bill status, or those who need financial assistance, should call OPPD, Gambhir said. “Do not trust an incoming call that looks like OPPD. Hang up and dial us directly.”

The line item increase would raise customers' overall bills an average of 2.9% to help cover the rising costs of fuel and power purchased on the energy market.