Vehicles can cause outages, too 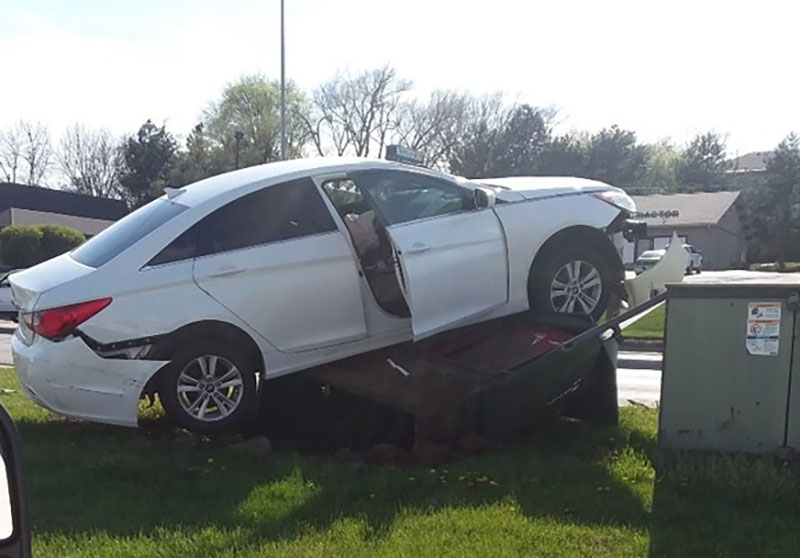 In bad weather and damaging storms, people can understand why their power might be out. And an occasional equipment failure can cause an outage on the hottest days of the summer, when air conditioners put added pressure on the electric system.

But what about those days when the weather is fine and power goes out? There can be a number of explanations. One fairly common cause is animals that interfere with OPPD’s lines and equipment. Less common, but still a cause of outages, are vehicles causing power outages when they crash into electric equipment.

Such crashes make up only about 2% of the total outage minutes each year in OPPD’s service territory. There are an average of 84 such incidents a year. The majority involve vehicles hitting poles or other equipment. A few instances each year involve farm equipment coming into contact with power lines in rural areas.

More than 70% of those incidents occur in the Omaha metro area. The season doesn’t seem to matter either, no time of the year is more prone to such incidents.

Whether it be a distracted driver, a medical condition or just an error in judgment, crashes can knock out a lot of customers with one accident.

“Vehicle accidents that damage a pole or switchgear have the potential to lock out an entire circuit if they are one of the first pieces of equipment out of a substation,” said Mark Gibilisco, senior engineer at OPPD.

“Troubleshooting vehicle accidents is usually pretty easy, however. There is likely an associated 911 call with an exact location. That helps us isolate damaged equipment quickly and restore power through distribution ties until repairs can be made.”

Gibilisco said outages in the metro affect more people just because any one piece of distribution equipment serves more customers on average than equivalent equipment in a rural areas.

“On the flip side,” Gibilisco said, “Outages in the metro are usually easier to travel to so restoration times are, on average, faster than in the rural.”

When OPPD is able to determine who hit the equipment, the utility’s claims department works to recover the costs to repair or replace the damaged equipment.