Everyone loved coming to the OPPD kitchen 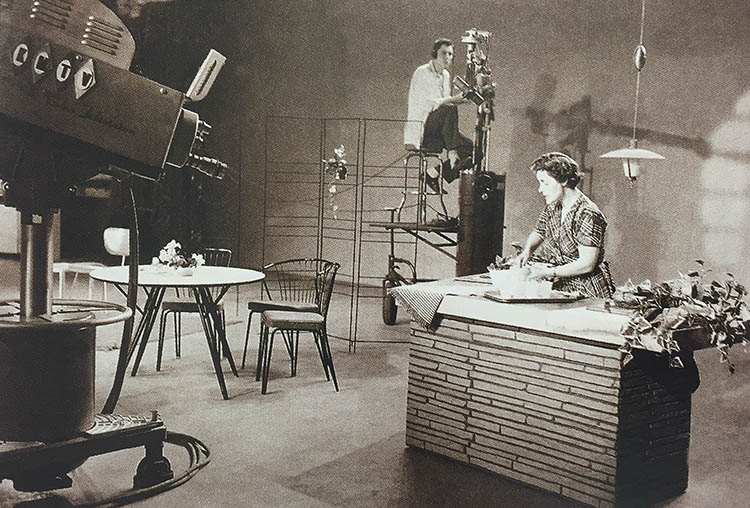 In the mid-1900s, members of Omaha Public Power District’s Home Service Department earned a reputation as the area’s cooking and electric appliance experts.

Homemakers, restaurant owners, grocers, widowers, school teachers and scout groups were just a few of the customers who looked to the women for answers to questions on subjects ranging from cooking to canning to cleaning.

OPPD inherited the department from the Nebraska Power Company, which began to offer the service in 1924. At that time, electricity was new, with more household uses and basic appliances introduced.

But people were not in a hurry to change. The appliances we’re new and unfamiliar, and manufacturers’ labor-saving claims were viewed with some skepticism, at first.

In March 1924, the Nebraska Power Company announced the creation of the Home Economics Department and named Virginia Wolcott Collins its director.

According to Collins, in the March 1924 Flash (the utility’s internal employee magazine), the department had just one purpose: “that of telling the story of the home use of electricity to as many persons as possible.”

In that article, Collins said women were not using electric appliances because they did not yet know what the appliances could do for them.

“For every 100 (women with electric lights in their home), there were 56 women who are cleaning with brooms and dustpans. There are 71 washing with rub boards and hand wringers, and 95 making coffee in old-fashioned coffee pots. If these women knew about them, they would be using vacuum cleaners, washing machines and percolators.”

From its early days as a one-woman operation, the department grew under OPPD’s direction to have more than 20 employees in its heyday of the ’50s and ’60s.

The department’s first hands-on classes were held wherever space was available in a number of buildings around the Omaha area. Later, employees worked in four modern kitchens inside OPPD’s downtown Electric Building, and in kitchens at the utility’s rural offices.

One reason the department became so valuable was the exposure its employees got as regulars on radio and television programs.

The “Homemakers Club of the Air” was broadcast daily for 15 years on local radio stations. “Better Living” was a popular television show that aired on KMTV in the mid-1950s. As the women prepared meals, they would also promote the time-saving features of electric appliances.

On a few occasions, home service advisor Marion MacDonald got to work with Johnny Carson, who worked at WOW’s radio and television station early in his career. Former Home Service employee Martha Bohlsen became a local TV personality, and her name became synonymous with cooking. She left OPPD to do a cooking show on WOW, then worked for Tidy House, a company that manufactured a cleaning product.

In addition to pubic appearances and demonstrations, the Home Service women made house calls. In 1973, they made 12,000 visits to private homes. Around 3,500 of these were to demonstrate the proper use of electric ranges to new owners.

“We always kept up with the times, or were ahead of them,” said another former Home Service advisor Bette Montage in a 1996 history account in Flash.

For example, when the microwave oven first debuted, the Home Service Department was the first in town to develop recipes converted for the appliance, and to offer usage tips.

The department fielded thousands of questions over the years.

Most calls were dietary in nature, but the women could answer just about any homemaking question. Diabetics wanted recipes for cakes and pies. People wanted to know how to cook their turkeys for the holidays and how to can at harvest. They also wanted to know how to remove stains and be a better hostess.

While Home Service department employees got lots of questions, they also got lots of thank-you letters for their work.

“We never passed up an opportunity to work with a group,” said MacDonald in the 1996 article.

Over the years, the department worked with the County Extension office, Nutrition Council, Diabetic Council, Safety Council and the Department of Agriculture.

A seafood association from Shreveport, La., once asked the department to demonstrate the preparation and handling of seafood. The Home Service advisors also tested new seasonings for the Cudahy packing house. And they tested ConAgra’s Healthy Choice line of frozen foods in the products’ development stage.

Whatever they did, they made it look easy.

“We worked long days, but we had fun in our job,” said MacDonald in the history account. “We were all people-lovers – it was no business for a person who wasn’t. Everyone loved to come to the kitchen.”