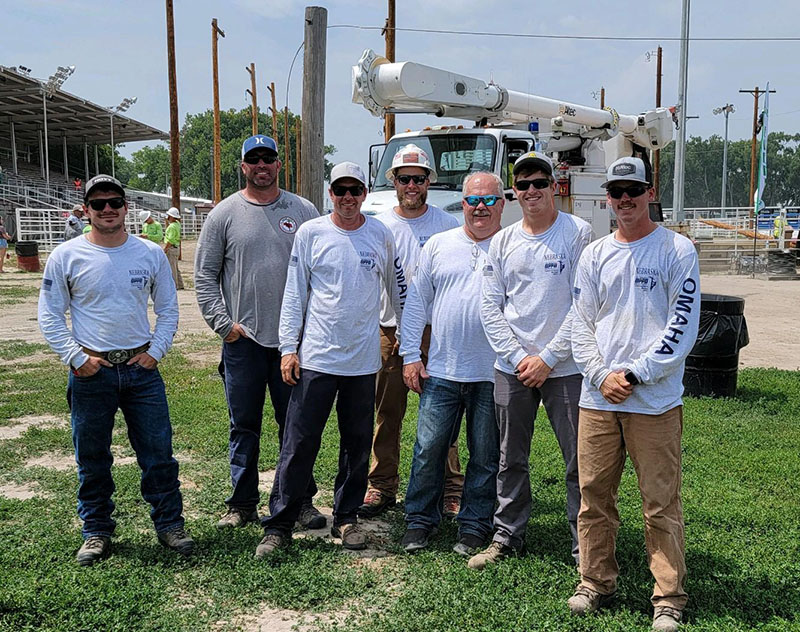 This year’s Nebraska Lineworker Rodeo maybe have been scaled back due to COVID-19 guidelines, but the competition was still strong.

The rodeo, which was first held in 2012, took place July 30 at the Custer County Fairgrounds in Broken Bow, Neb., and featured competitors from across the state – 50 in all.

Each of the OPPD teams completed three events. Following regular competition, participants competed in a special mutual aid competition. There, each competitor teamed up with a person from another company and they completed a fuse change-out event together.

In the journeymen events, Liston and Wagoner finished second in the fuse cutout change event. Gyhra captured first place in the speed climb event and the hurt man rescue. Gyhra also finished second in the obstacle course and was the Grand Champion of the Apprentice competition. This is the first time that this achievement has been awarded to an OPPD linemen

“These guys did a fantastic job of representing OPPD to the rest of the state,” said Lee O’Neil, director of Transmission & Distribution Construction.