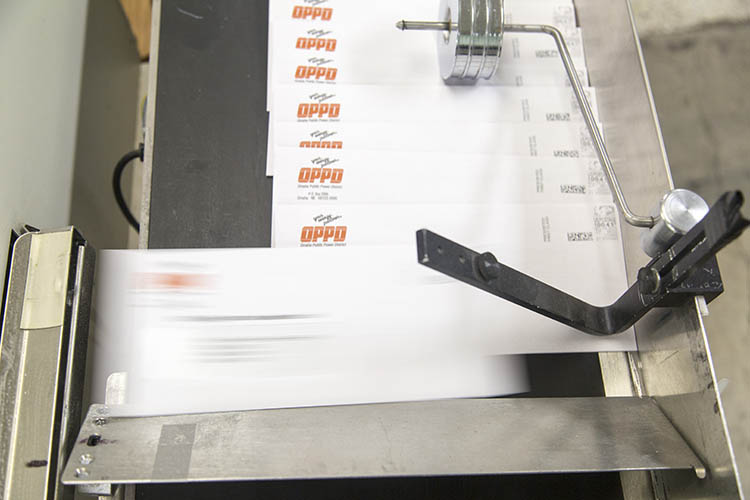 The proposal would better align OPPD’s rates with its costs by raising the service charge and lowering the usage charge. The average current bill structure consists of 90 percent variable charges, those based on how much energy is used. In comparison, only 30 percent of OPPD’s costs to serve customers are variable. The restructuring proposes the bill consist of 65 percent variable charges, with fixed charges, or the service charge, increasing from the current $10.25 to $35 by 2019. However, a team of employees is looking at potential modifications to this proposal.

Restructuring rates this way would bring no additional revenue to OPPD, and it still allows customers to control their bill through energy usage. It also more equitably shares the cost of providing power to OPPD’s more than 360,000 customers and eliminates the extreme highs and lows that can be seen on an electric bill throughout the year. The fixed and variable ratio of bills for OPPD’s industrial customers is similar to the proposed restructure for residential and small commercial customers, yet continue to see incentives to conserve energy.

Nationwide, the utility industry is changing. While adopting and reacting to more and more technology options available to customers, which has changed how they use the product, utilities must continue to provide power to all customers all day, every day. The cost of providing electricity includes substantial fixed infrastructure vital to maintaining OPPD’s system reliability, among the highest in the nation for the past 14 years. Leadership has identified $65 million in budget cuts for the 2016 budget and continues to look for additional, permanent cuts for subsequent years.

Market research into the rate restructure began earlier this fall by surveying OPPD’s online panel of approximately 3,400 customers who have agreed to participate in surveys on a broad range of utility issues. This approach is similar to the one used for the utility’s future generation plan. Of the 3,400 panelists, consisting of a demographically representative random sample of OPPD customers, 1,380 responded. They represented a cross-section of low, average and high energy users. This sample size provides statistical precision of approximately plus or minus three percentage points. Of those surveyed:

Following the research, the public was encouraged to engage with the district through public stakeholder meetings and by leaving comments on the OPPD Listens website. As of Dec. 8, a total of 408 comments had been logged through the website, via email and from phone calls to the Board of Directors. Every comment, phone call and email received a response, and the Board of Directors was given regular updates regarding customer input.

When OPPD wrote the proposal, we knew some concerns would surface around low-income customers, distributed generation and efficiency incentives. True to form, those concerns were raised by customers, and OPPD has plans underway to address them. These concerns are: