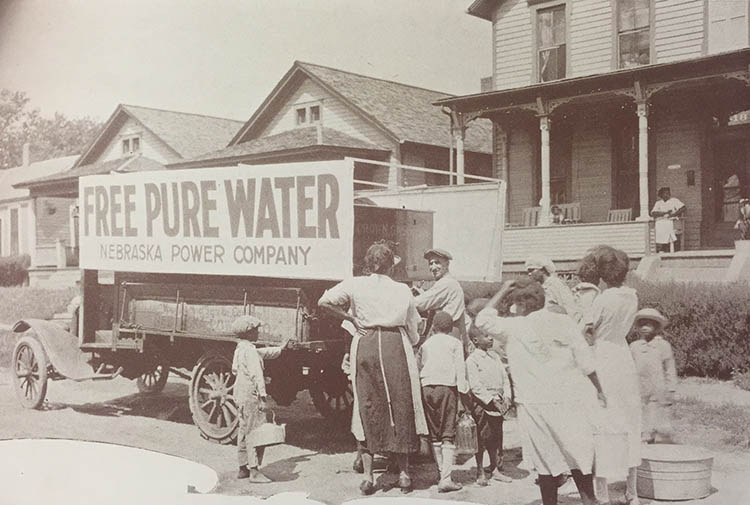 In late summer of 1923, typhoid, dysentery and other water-borne diseases infiltrated Omaha’s water supply, shutting down water service to thousands.

Nebraska Power Company (the precursor of OPPD) saw a way to help. The utility used their power plants to distill thousands of gallons of water, then distributed the potable water to those in need across the city.

In the September 1923 Flash magazine, it was reported that the city’s streetcar company told the utility that it would need 40,000 gallons of water per day. Without it, the city would have to shut down the streetcars. Burlington railroad also utilized water distilled from the power plant, as did thousands of individual residents.

To respond to the need, Nebraska Power centralized the distillation of the water and raised the capacity of the power plants to 120,000 gallons per day. The utility started distributing the water to Omaha residents once the supply was secured.

Between the public and industrial needs, Nebraska Power distributed about 500,000 gallons of water.

Newspaper accounts attributed the outbreak to contaminated soil. The infected soil sat above the intake of the city water plant. The current of the Missouri River washed the soil into the plant, contaminating the water supply. It was estimated it would take between 10 days and two weeks to flush the diseases from the system.