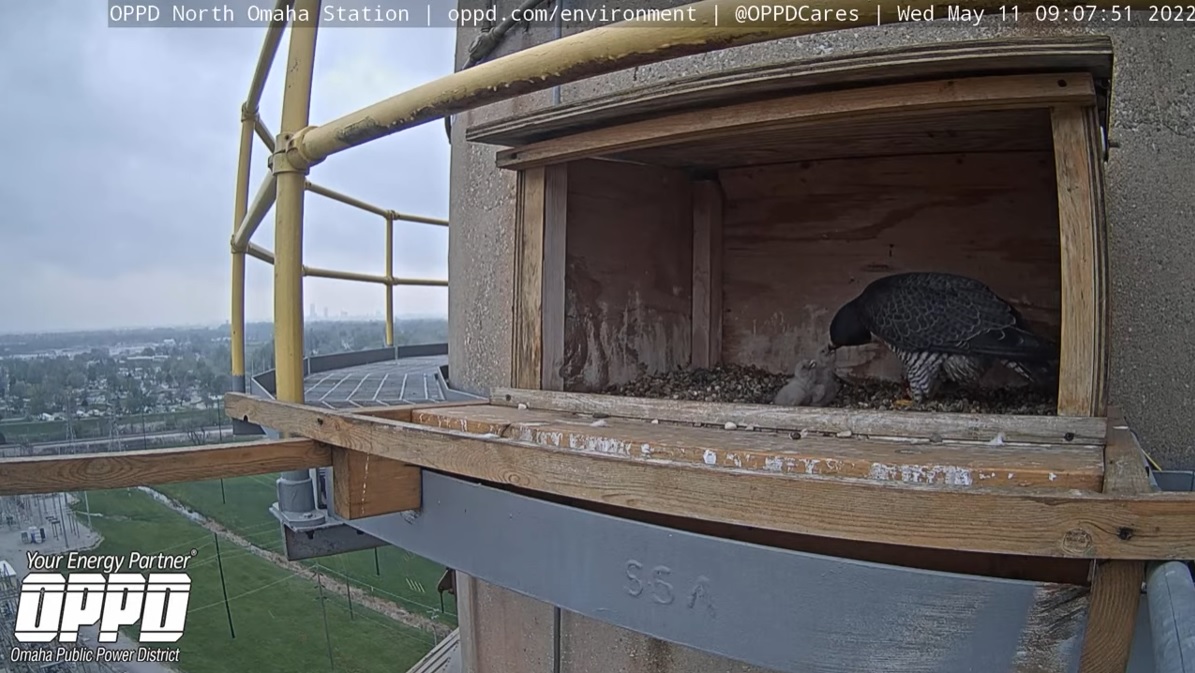 OPPD’s resident peregrine falcons, Lewis and Clark, will be raising a smaller brood than expected this year.

Clark laid four eggs in late March and early April, but two of the chicks did not survive. She removed those two from the nest at OPPD’s North Omaha power plant on Tuesday.

The surviving chicks, however, are eating like champs and keeping their parents busy hunting for food.

Spring and summer are busy times in the box. The chicks will feed and grow until they finally take their first steps and flights beyond the box. You can stay up to date on the falcon family’s activities on OPPD’s live webcam.

Observers believe Clark took up permanent residence at the OPPD box in the fall of 2015, eventually settling down with a mate to hatch two chicks.

Last year, Clark and her brother and current mate, Lewis, raised four chicks, three of them male and one female. The pair had three chicks in 2020, two daughters and a son.

A Facebook group follows several falcons in the area, including the OPPD falcons, along with new falcons spotted this year at the State Capitol in Lincoln, a pair at the WoodmenLife Tower in downtown Omaha, and a pair at an Envergy power plant in Kansas.

Help make a green difference in your community

OPPD's Greener Together Program gives you the opportunity to be involved with implementing grassroots, community-wide environmental projects throughout the greater Omaha area.