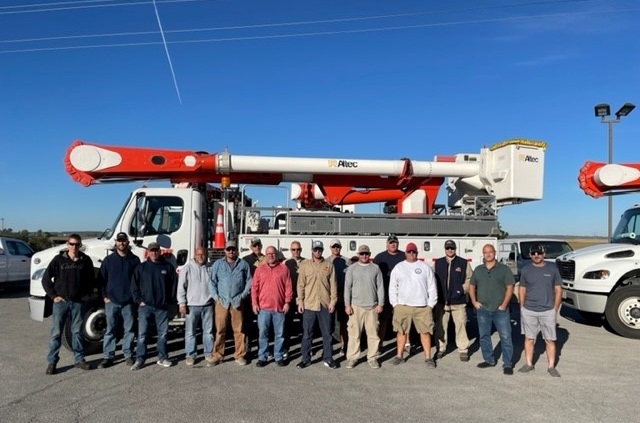 Update, Oct. 5: OPPD crews have returned home from their trip to Florida to provide mutual aid in the Hurricane Ian restoration. The crews were released from the utility they were supposed to assist – Winter Park – before they arrived, and no other utilities were able to take them on.

OPPD is one of many public power utilities sending mutual aid crews to Florida to help with power restoration after the destruction caused by Hurricane Ian.

OPPD is sending four line crews, two transportation mechanics, a safety representative and a supervisor to assist. The crews left Thursday morning and will station in Winter Park, near Orlando.

The Category 4 hurricane made landfall Wednesday on the southwestern coast of Florida with winds up to 155 mph, leaving more than 1.6 million without power.

By Thursday morning, more than 2.6 million were without power. Winds and flooding from Ian, now categorized as a tropical storm, have caused catastrophic damage, with record flooding forecast in parts of central Florida. The storm was moving across central Florida mid-morning, heading toward northeast Florida, then southeast Georgia and into the Carolinas.

Help is on the way

“A lot of effort takes place behind the scenes to enable a mutual aid trip like this, and I want to say thank you to everyone involved,” said Eli Schiessler, OPPD Papillion Center manager.

OPPD is no stranger to mutual aid responses to damaging weather events. Last year, OPPD received mutual aid help after the July 10, 2021, storm left more than 188,000 OPPD customers without power at its peak.

The utility has been involved in similar efforts after high-profile hurricanes, including last year when Hurricane Ida hit Louisiana. Other hurricanes OPPD has responded to include Katrina which devastated New Orleans; Sandy, which hit the East Coast in 2012; and Irma, which hit Florida in 2017.

Hurricane Sandy changed the way mutual aid works among utilities. That hurricane left millions in 21 states without power and led the way for the industry to create a national response plan rather than relying on a regional plan.